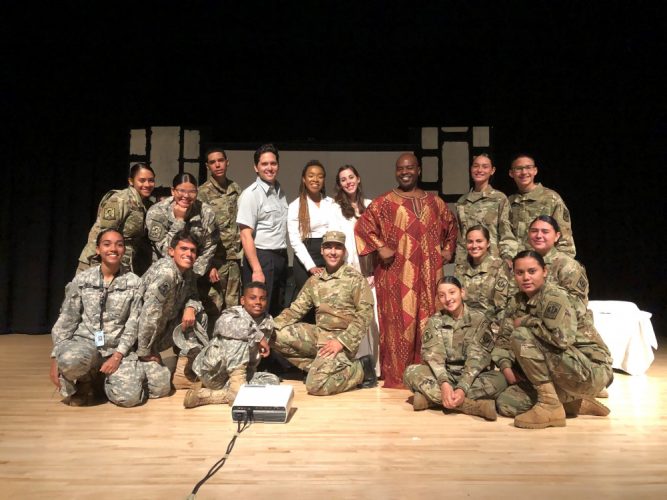 CARTA News » Department of Theatre » From center stage to the classroom

From center stage to the classroom

Fiction or reality? Which is more real – stage, screen or life? That is the question raised by What if Works (WIW), a post-graduate company offering young artists in theatre, film and music a bridge between academic and professional performance upon which to champion the arts to bring about social change, and GableStage, the Coral Gables theatre company, with their production of William Shakespeare’s Othello for the Miami Dade Public Schools (MDCPS) Tour 2020.

Othello, tells the story of a powerful general of the Venetian army whose life and marriage are sent into upheaval by another envious and conniving soldier. 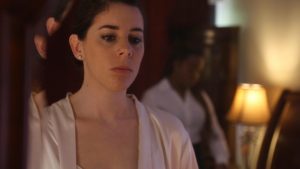 Phillip Church, associate professor for FIU’s Department of Theatre, and his team from WIW brought Shakespeare’s Othello to 10 high schools all across Miami-Dade just last month, before social distancing guidelines due to coronavirus were implemented.

All GableStage and WIW collaborations have featured FIU alumni – and at times even senior theatre majors still in the program at FIU. The Othello adaptation was no exception, comprised of a cast made almost entirely of FIU Theatre alumni.

“I always look forward to working on this yearly Shakespeare presentation that What if Works and GableStage collaboratively mount,” says FIU Theatre alum Charles Sothers (’13) who played the parts of Cassio and Roderigo in the production. “The ability to connect creatively with actors and students and the space, once again, to reflect on the human condition and on how relevant The Bard’s take on it is, is always such a fun opportunity.” 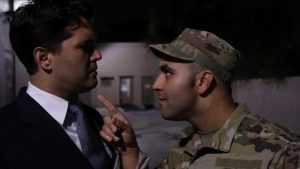 To adapt the play for the MDCPS tour, the running time of the Othello was reduced to 50 minutes, which Church claimed was no easy task given Shakespeare’s penchant for multiple subplots. Even so, after three weeks of rehearsals, Church and his cast were able to produce a play that explored the central question of whether art imitates life or life imitates art.

“The question is a little unnerving,” says Church. “Too many scenarios in life seem eerily reminiscent of fictional situations which begs the question of how influential is theatre, film, television and video games on the human psyche?”

In a world that has brought the two mediums of fiction and reality together through virtual reality, reality TV shows and video games, Othello explores the stage as the “reality” with its flesh-and-blood actors contrasted with the permanently fixed reality of film.

“Have you noticed how music (underscoring in film) is accompanying everyday life – from every doorway to restaurants and cafes, in bookstores and shopping malls,” adds Church. “Even the news and scientific interviews have music playing beneath them as if it were all a film. This is what we were trying to expose in Othello by incorporating screen and stage action simultaneously. It is a convention that What if Works will continue to explore using even more sophisticated technology.” 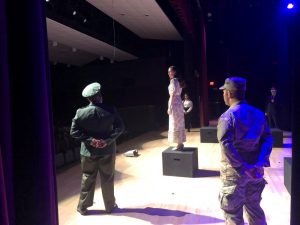 The GableStage/What if Works production of Othello for the Miami Dade Schools Tour originally set out to visit 17 high schools all across Miami Dade County. However, the production was cut short due to the COVID-19 pandemic.

Visited high schools were supplied with a study guide, complete with discussion topics and classroom activities to help students explore the concepts in Othello.

Next spring What if Works and GableStage will be collaborating to bring Shakespeare’s A Midsummer Night’s Dream to the stage. Set in the Everglades, the action will feature bike-riding, tech-obsessed lovers, construction site worker mechanicals and a sobering look at global warming brought about by the divisive actions of two powerful forces from the spirit world.