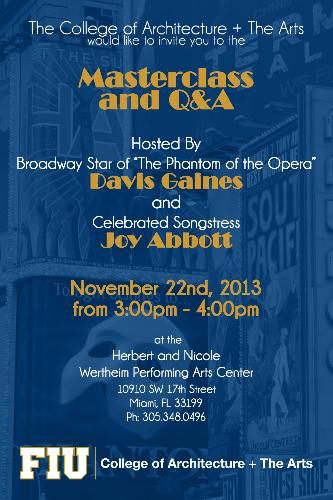 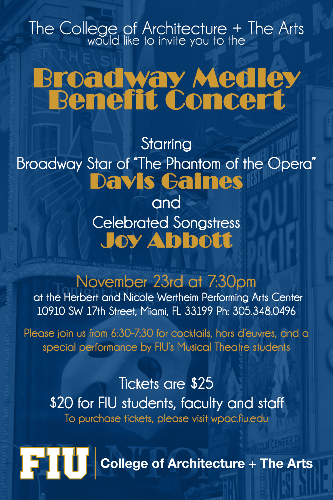 Davis Gaines is best known for his role in Andrew Lloyd Webber’s The Phantom of the Opera, in which he appeared over 2,000 times during his run on Broadway. He has also appeared in three PBS Great Performances broadcasts (Emmy Award-winning Sweeney Todd with the San Francisco Symphony, Broadway Originals with the Boston Pops and Jerry Herman’s Broadway at the Bowl), as well as the televised specials of the 1994 Kennedy Center Honors and the opening ceremony of the 1998 Goodwill Games.  Additionally, Gaines has sung for five U.S. Presidents, and with every major symphony orchestra in North America, including the New York Pops at Carnegie Hall and the Hollywood Bowl Orchestra at the Hollywood Bowl.

Joy Abbott is a patron of the American Theater Wing and The Society of Stage Directors and Choreographers, who regularly sponsors the annual “Mr. Abbott Award.” Her late husband George Abbott was a Pulitzer-prize winning writer, theater producer and director, and film director whose career spanned seven decades, earning him the title “Mr. Broadway.” Some of his hits included The Pajama Game and Damn Yankees. Mrs. Abbott has chaired the Theater Hall of Fame for eight years, and has written and directed several celebrity AIDS benefit events and other philanthropic theater galas. She directed for SUMMER SHORTS: MR. ABBOTT, A BROADWAY LEGACY, which she co-created for Florida Stage, and which was nominated for a Carbonell award.

For more on this event see this Article! 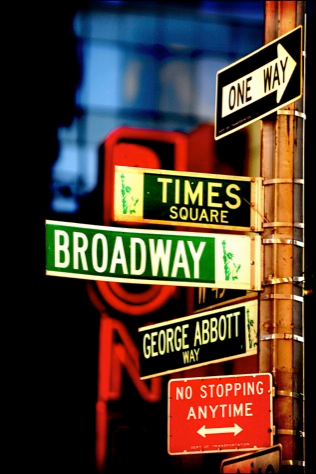