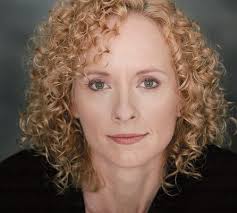 People often ask, “What do FIU Theatre students do after they graduate?”  Kim Ostrenko (Class of ’85) has been in the film and theatre industry since earning her BFA in Performance almost three decades ago.  Her heart will always be in theatre, according to her.  She fondly remembers being introduced to her first theatre company, South of Broadway, by Theatre Department faculty member, Phillip Church.  After working briefly as a theatre hand, she was cast in two of their productions and continued auditioning locally for films, commercials, theatre and TV.

Some of Kim’s TV and film credits include roles in Graceland, Burn Notice, Magic City, Dolphin Tale, Dolphin Tale 2, A Change of Heart (As a side note, FIU Theatre alumnus Marlene Marcos also had a role in this movie), Loving the Bad Man, Boynton Beach Club and many others.  She has had roles in films with celebrities like Morgan Freeman, Seth Green, Ashley Judd, James Belushi and Aimee Teegarden.  And, yes, she does get star struck when she has the opportunity to work with famous celebrities!

She has won 5 Carbonell Awards, (Best Supporting Actress in Blue Window, Best Supporting Actress in Sam Shepard’s Simpatico, Best Ensemble in Lend me a Tenor and two different seasons of Summer Shorts).  In 2004, she was named Best Supporting Actress by Miami New Times for her role in The Gulf of Westchester at Florida Stage and in the last month for her role as Bonnie in The Last Schwartz.
It has been a long road paved with success, challenges, disappointment and periods of uncertainty for Kim.  “In this field there is more disappointment than success.  Sometimes it can be hard and, like everyone, I experience moments of self-doubt where I question my career choices.  Although it is tough to keep my spirits up all the time, I have no choice but to keep going”.  Working in the film industry requires flexibility.  She has to be ready to work with very short rehearsal times, actors must become accustomed to scenes being shot in random order, co-actors are frequently introduced to each other on the day of shooting and they need to know how to be facially subtle for film.  Fortunately, Kim has overcome many of these obstacles and is versatile and talented enough to work in both theatre and film.

When asked if she had any advice for FIU Theatre Department students, Kim had this to say, “Create your own work.  Actors, writers and musicians are publishing themselves online and it is a great opportunity for you to write some of your own material, to get your name and face out there.  Don’t rush off to LA or New York as soon as you finish school because it is incredibly competitive and if you are not unionized, you will be wasting your time.  Florida is a great place to get your SAG card.  If you are interested in film or TV, keep in mind that many shows are currently being shot in Atlanta, Louisiana, North and South Carolina.  Always remember that you have to have a thick skin in this business.  Finally, try to learn about ‘the business of acting’: writing proper resumes, getting professional head-shots etc.”

The Theatre Department is very proud to call Kim one of our own and we wish her continued success.