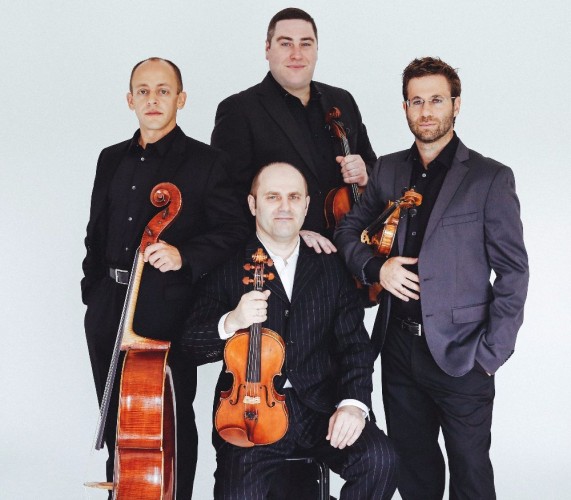 The Amernet String Quartet, Ensemble-in-Residence at Florida International University is excited to announce the appointment of Dr. Tomas Cotik to the position of second violin. Cotik comes to the acclaimed Amernet as a busy soloist and chamber musician throughout the country and abroad. South Florida audiences may already recognize Cotik as a former concertmaster of the New World Symphony and former member of the Delray String Quartet. He brings to the quartet, and to FIU, a wealth of experience from his acclaimed recordings of the works of Schubert and Piazzolla to his keen interest in baroque performance practice.

According to Tomas Cotik, “I am thrilled to join this energetic ensemble and I look forward to the new phase upon which we are embarking together as well as deepening my contributions to higher education at FIU.”

He holds the Doctor of Musical Arts degree from the University of Miami as well as Bachelor and Master of Music degrees from the Freiburg University of Music and an Artist Diploma from the Glenn Gould School in Toronto. He has worked closely with members of the Vermeer, Tokyo and Endellion string quartets, as well as notable artists including Midori, Christian Tetzlaff, Ana Chumachenko, Heinz Holliger, and Leon Fleisher. 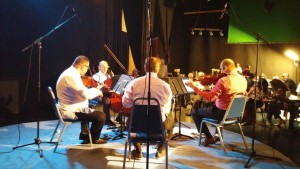 Cotik joined the other quartet members for their first ever performance together on WLRN’s weekly broadcast of South Florida Arts Beat last Friday, August 28, 2015.

The Amernet thanks founding member Marcia Littley for her many years of devotion and commitment to the development of the quartet and wishes her all the very best as the new string coordinator at FIU.

Meanwhile, this season sees the Amernet embarking upon musical adventures new and old. The quartet makes its debut in Taipei during the Taiwan International New Music Festival, presenting George Crumb’s landmark work, Black Angels, as well as numerous premieres and music of Carter, Rands, and Ung.  Later in the autumn the Amernet returns to the John F. Kennedy Center for the Performing Arts under the auspices of Pro Musica Hebraica for a concert of works by Sephardic composers. The fall also includes concerts at Merkin Hall and the National Opera Center in New York of new works written for the ensemble and returns to West Virginia University and throughout the northeast. The second half of the season includes tours of the west coast and Ontario, performances at the universities of New Mexico and Tampa, and the group’s fourth visit to Israel.

In addition, the Amernet is especially proud to introduce in November the first of five concerts as part of the FIU Jewish music series, “Journey Through Sound: Exploring Jewish Life Through Music,” a collaboration with the Jewish Museum of Florida and Florida Grand Opera, which begins to traverse the rich musical heritage of the Jewish diaspora, from the shtetl to the Shoah to the Sephardic tradition.

TUNE IN! Listen (or watch) to a live performance by the quartet as they performed on WLRN’s South Florida Arts Beat on Friday, August 28, 2015 at 1pm.

For more information about the quartet and their 2015-16 season, click here.