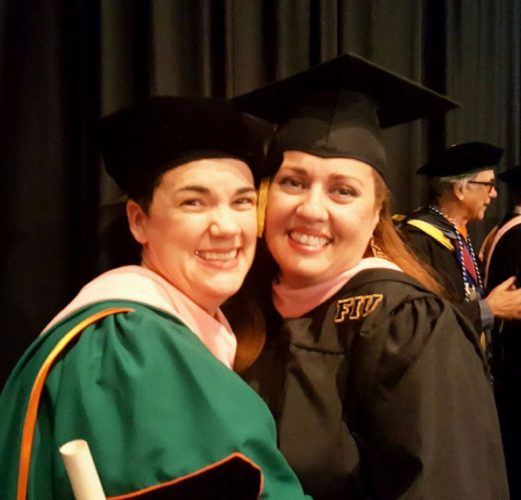 On Tuesday, December 13, Nimia Marquez was recognized by FIU President Mark B. Rosenberg as a Worlds Ahead graduate at FIU’s 2016 fall commencement ceremony. Only 22 students received this honor at the fall commencement.

A Worlds Ahead Graduate is a student that has been nominated by FIU faculty and administrators as someone who goes beyond what is expected. This student has taken the opportunity that he was given and is doing something great with it. “Worlds Ahead” is as much a part of what you are today as what you aspire to be tomorrow. It is an attitude, one that commands us to think differently, exceed expectations and create new possibilities.

Nimia Marquez was born in Camaguey de Cuba and began studying music and singing in choirs at a young age. As a teenager, she moved to La Habana to receive advanced training at Instituto Superior de Arte and later became a professional singer and conductor for many years.

Like so many Cubans, Nimia was able to thrive among political turmoil, but when she had the opportunity to leave, she seized it. Nimia arrived in Mexico as part of a musical tour, and instead of going back to her native Cuba, she crossed over into the United States to begin a new life without a word to her husband or parents. Nimia left her mother, father, sister, husband, and career in in exchange for her freedom.

At first, Nimia found work in a bakery, next a sandwich shop and then an optical store. At night she took English classes, determined to find a better job. Finally, Nimia was able to return to her chosen field of music, this time as a private school music teacher. 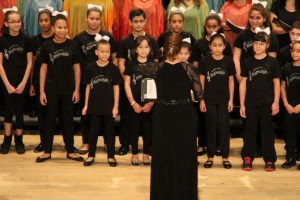 d joined her in Miami, and their family grew to include two children, Pablo and Fernando. After eight years in her new homeland, Nimia still missed studying music. A friend told her about the music program at FIU. Her impressive auditions for the School of Music landed her a full scholarship in 2012. After she graduated, she began working as the music teacher at Archimedean Academy, and at the same time, she began her Master’s degree in Choral Conducting. As a graduate student, Nimia’s research focused on Cuban composers and brought the resources of her heritage to the students at FIU. She conducted the FIU’s Master Chorale with high standards and rigorous work ethic, which was balanced by her warm heart and engaging spirit. Nimia’s passion for Latin American choral music helped to forge a partnership with FIU and Amazonia Vocal Ensemble, a choir here in Miami that performs music from all over Latin America.

According to Nimia’s mentor at FIU, Dr. Kathryn K. Longo, ” Nimia brought together each of the choirs that she conducted for her final recital in November, consisting of singers from age 6 to 60 to perform, capturing her passion for making music in harmony with others. Making music depends on a community of singers who surrender their voices to something greater than themselves. Nimia’s understanding of the deeply personal and human nature of this art form inspires those who those around her.”

Click here to see Nimia conduct during her final recital.