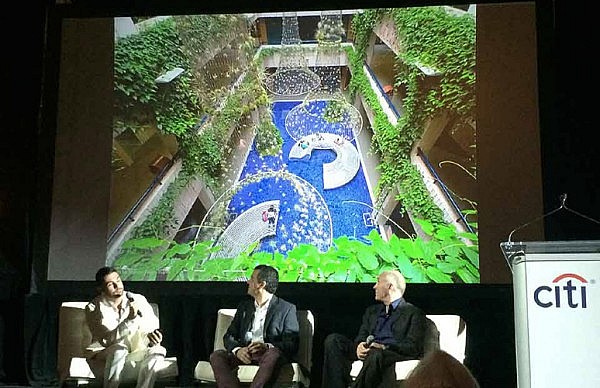 On Wednesday, December 3rd, Chair Roberto Rovira and Raymond Jungles presented their work as part of the “Art in the Urban Landscape” panel during the Citi Collector’s Dinner event at the Pérez Art Museum Miami (PAMM).

Accompanying Rovira and Jungles were Thom Collins, the Executive Director of PAMM and panel moderator Christian Larsen, Curator of The Wolfsonian-FIU.