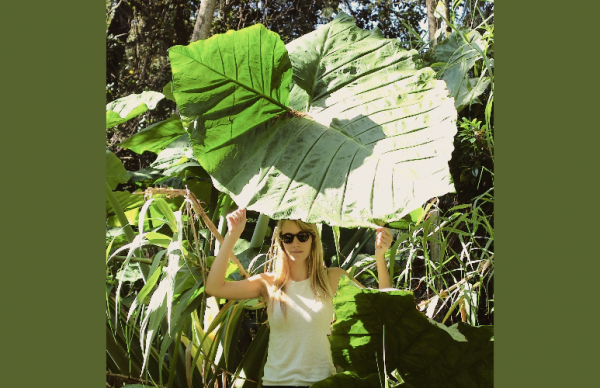 Malone Matson (MLA ’17) began the FIU Landscape Architecture + Environmental and Urban Design program in the Fall of 2014 and is already making marks both at FIU and in the community beyond the classroom.

Matson explained in her submission that she wants to make Miami more bike-friendly. “People can bike anxiety-free knowing that if they get a flat tire, a public bike pump will be nearby, or if their seat gets loose, they can tighten it at a repair station,” she stated.

One station has already been installed along the M-Path at Paciencia Park in South Miami and at the South Miami Metrorail Station.

“When I first moved back to Miami from New York,” said Matson, “I was struck by something I had never noticed while growing up because it had always been such a deeply embedded reality: Miami has a huge car-dependency problem, and it’s crippling the city. So I actually submitted multiple entries to the Miami Public Space Challenge that all in some way or another promoted pedestrianism and/or cycling.”

Malone Matson was born and raised in Coral Gables, Florida, where she spent a large portion of her childhood exploring Biscayne Bay and the Everglades. She took a non-traditional educational path by dropping out of Ransom Everglades when she was 15 to move to Wyoming to live on a working ranch. After a year and a half of working the land, she returned to Miami, where she got her GED and then transferred to Skidmore College in upstate New York at 17. At Skidmore, Matson majored in Environmental Studies with an emphasis on social and cultural perspectives. After she graduated, she backpacked alone across southeast Asia for four months. She has since lived in and traveled to many different places while mainly being anchored in New York City. She worked for a handful of landscape design firms in Brooklyn before getting hired to work on a highly unique development project in Costa Rica where every structure and system is aimed at enhancing environmental, social, and economic sustainability for the community. Matson continues to work on this project as she pursues her degree in Landscape Architecture at FIU.

Matson explained why she chose the city of Miami as a base to study her Masters in Landscape Architecture. “Miami is my home. It’s my family’s home. We’ve been here for five generations on both my mom and dad’s sides. Over the past few years, however, I’ve lived in New York and briefly in Boston and San Francisco, and I’ve traveled pretty extensively across the U.S. and around the world. I’ve found that there’s really no place like Miami and that it has so much potential. But in a lot of ways, our city is still far behind. At a time when Miami is in one of the biggest booms ever, I think there is no better opportunity than now to get on track. I want help steer Miami in the right direction and I think landscape architecture is my best tool.”

Matson also explained why she chose FIU as a hub to study landscape architecture. “I’m passionate about Landscape Architecture for many reasons,” she said, “but to sum it up: this is how I’m going to help save the world. Studying at FIU allows me to work in my city and on my city. Almost everything we learn is in context to South Florida, so of course there is no other place that could prepare me to work in Miami like FIU.”