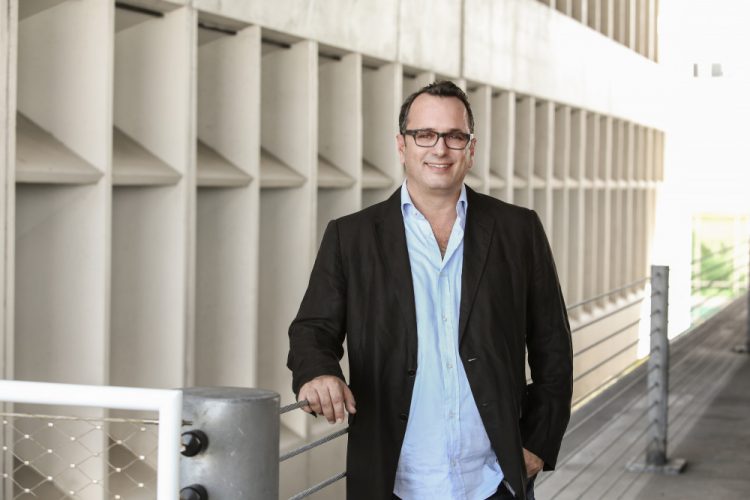 FIU CARTA School of Communication + Journalism alumni, Pierluigi Gazzolo ’91 (BS in Communication and Media Studies) has been doing incredible things for the Latin American communication and media industry. Currently, Gazzolo holds the position of President, Viacom International Studios and OTT of ViacomCBS Networks International. He is responsible for the exponential growth of Viacom International Media Networks’ (VIMN) reach through Central and Latin America, bringing them popular television channels such as MTV, Comedy Central and Nickelodeon. Possibly one of the most notable milestones Gazzolo contributed towards was VIMN’s acquisition of Telefe from Telefónica South America in Argentina (the country’s leading airing platform) for $345 million and Porta dos Fundos.

On January 23rd 2020, at the annual Latin American summit, NATPE Miami Marketplace + Conference (held in Miami), Pierluigi will be receiving the Premio Ícono TV Latina award for his outstanding work across South/Central America.

“I am humbled and truly honored” Gazzolo exclaimed.

CARTA News had the opportunity to interview Pierluigi on his success, the award and his time at FIU;

What has been the coolest thing about your job so far?
The coolest thing about my job is being able to say I led the transformation of the Latin American media industry, which moved from a linear television space to an emerging world (OTT and digital). I was able to do so with products such as Paramount+ and Noggin and the creation of Viacom International Studios, fast becoming one of the largest producers of content in Latin America for global distribution.

How does it feel to know that you have had such a meaningful impact on the Latin American media industry?
I feel like it’s one of my most significant accomplishments! I am very proud and feel lucky to work for a media company that allows me to have such an impact on all the regions and consumers in Latin America.

How has growing up in El Salvador influenced your work and contributions to the Latin American media community?
Growing up in Latin America made a world of difference and helped me understand the industry, my clients, my products and the audiences.

Describe your experience moving to FIU as an international student. Was it difficult to transition, being from a different country?
For me, it was not that difficult because I came from a country experiencing a civil war, and my family had a home here in Miami, so we would come here often. Growing up– Miami was my second home.

What does a typical day for you look like?
Meetings, meetings and then more meetings. Joking aside, I am usually meeting with different internal groups, clients and partners, or I am putting out fires whether I am here in Miami or in another part of the world. No matter where I am,—there is never a dull moment.

How does your job connect back to your time at FIU?
My studies at FIU were an excellent foundation for what I do today and where I fell in love with the business.

Were there any classes or professors that influenced where you are today?
I owe a lot to my advisor, Pat Rose, who helped guide me on what I was most passionate about and good at—media business. She is the one who helped me realize I belonged at the business side of media. The classes that really helped me were media planning, where I realized that the industry wasn’t just about the creatives, and the other class I really enjoyed and learned from was creative writing, where I gained the confidence to write in English.

What advice do you have for students interested in a career in Media and Communications and the graduating students that are entering the workforce?
Stay ahead of the curve. This industry is ever-changing and I strongly recommend internship opportunities. It’s a great way to gain experience. And finally, always be ready to adapt.

What are three words you would use to describe FIU and what it means to you?
Authentic, Connected & International