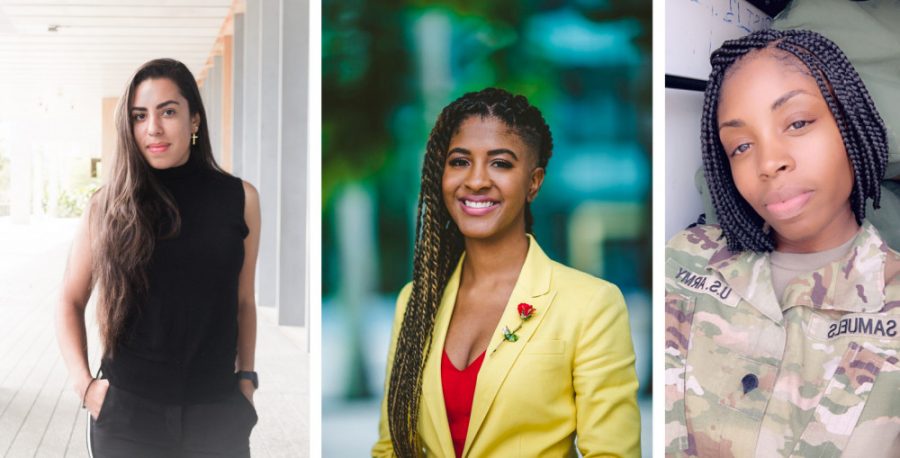 When Maria Flores was 11, her father was robbed at gunpoint in Venezuela. Her family packed their bags and moved to the United States with only four suitcases, some money, and no plan of returning.

Coming to the U.S. with a clean slate, Maria was encouraged to “dream big” by her parents – and she did. She quickly learned English, became a straight-A high school student and earned a full scholarship to FIU.

She enrolled in FIU’s architecture program and continued to push boundaries. During her junior year, Maria founded The Archi|ologist, a platform for architecture students worldwide that includes digital and print media journals, a website, and a blog. The platform currently has thousands of subscribers.

In 2018, Maria earned a professional Master of Architecture degree at FIU. She then returned to complete her second master’s degree while continuing to work as the director of The Archi|ologist. Maria also joined the FIU family as a faculty member, teaching design and graphic communication to first- and second-year architecture students.

Maria earned her post-professional Master of Arts in Architecture to expand her research on urban resilience in Miami and prepare for a career in urban design and architecture. After graduation, she plans to work in a local architecture firm while also teaching design on the side. She then plans to apply to Harvard or MIT to earn another degree in urban planning or technology. 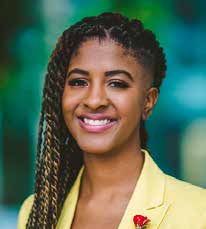 These are just some of the roles Adrienne Bolden has taken on during her time at FIU.

Graduating with her master’s degree in global strategic communications plus a graduate certificate in conflict resolution and consensus-building, Adrienne, an FIU employee, is guided by a personal mantra – “Go where there is no fire and be the flame.”

In the world of public relations, she has led the premier international student group, the Public Relations Student Society of America (PRSSA), as their inaugural vice president of diversity & inclusion. And during her first PRSSA national event, she and a team of students entered the prestigious “Day-of Competition” sponsored by Edelman, one of the leading PR firms in the world. Her passion, knowledge and skill earned the win and the recognition and praise of top PR industry leaders.

In the business world, she launched her own company LeverageMiami.com –providing communication consulting services to small businesses.

And in academia, she was awarded the FIU SGA Graduate Scholarship and has been serving as an FIU Wilson Scholar Mentor for three years.

She has served as a spark for change, volunteering for Habitat for Humanity and has motivated audiences by speaking at the Plank Center for Public Relations Diversity and Inclusion Summit.

After graduation, she looks forward to continuing to brighten the world with her flame, contributing to the communications profession as a leader in the area of internal/external communications, engagement, and crisis management. 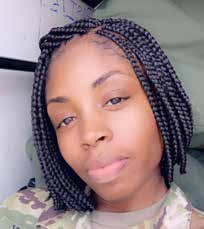 As a soldier, Kiara Samuels embodies bravery, dedication, and patriotism. But she is also kind, hopeful, and most of all, grateful.

Kiara is no stranger to challenges – as an undergraduate student at FIU she unexpectedly lost two close family members. She survived domestic violence and went through a divorce. But she concentrated on her studies and earned her bachelor’s degree in communication arts. She then returned to FIU for a master’s in global strategic communications, excelled in her graduate coursework, and was a member
of the Tau Sigma National Honor Society.

With experience in several professional fields and as a member of a military family, Kiara was inspired to enlist in the U.S. Army last year. She knew that she would be tested physically and mentally while she served her country, and she was. She endured the grueling military training, and she was twice hospitalized with non-combat related issues that came from the very real pressures and strain of active duty.

According to Kiara: “I’ve faced abuse and depression. However, though these things were meant to end me, they, in fact, motivated me, and for that I’m grateful.”

Building on past experiences she had as one of four students in the state selected for a WSVN internship in the summer of 2017, she looks forward to completing her military obligations and pursuing a career in news and communication that will allow her to engage others, make a difference and continue to live in a place of gratitude.