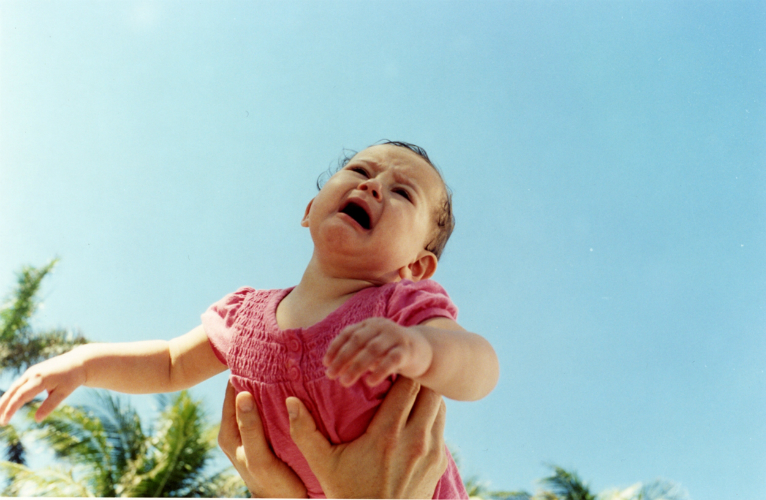 Adjunct Professor of Photography Peggy Levison Nolan is launching her third solo show at the Dina Mitrani Gallery. Her exhibition, Tales in the Ground Glass: The Adventures of a Badass Grandma, will display a new set of her photography work.

Nolan seeks out the ordinary and photographs it when light hits it in just the right way, or when it contributes to her own storytelling. “I’m the kind of photographer that has always photographed because I wanted to describe my real life,” said Nolan.

Nolan remembers the first encounter with her art form. “My father gave me a used camera from the pawnshop [he owned in Downtown Miami, in the fifties], and said, ‘I don’t have any pictures of my grandchildren. See what you can do about that.’ And I got addicted to it…so addicted to it.” As a result, she has extensively photographed her seven children and her four grandchildren.

Nolan, who continues to use a film camera, went to FIU in 1986 because she was attracted by its darkroom facilities. Four years later, she graduated from the College of Architecture + the Arts with a BFA. She then went on to earn an MFA in 2001, and was part of the program’s first graduating class.

Now, Nolan is represented by the Dina Mitrani Gallery, and has been since its opening in 2008. Gallery owner Dina Mitrani, a former curator of what was once the Art Museum at FIU (now the FIU Patricia & Phillip Frost Art Museum) met Nolan during her curatorial work. She is proud to be hosting Nolan’s third solo show in her space. “…I love her vision,” said Mitrani. “…[S]he is an inspiration to so many of her students, she is collected by local as well as national museums, and she took a chance with me when I first opened the gallery.”

In Tales in the Ground Glass: The Adventures of a Badass Grandma, Nolan will exhibit photo-books that she began compiling nine years ago, when her first granddaughter was born. When describing the title of the show, Nolan explains, “The ground glass is the lens on a camera….There’s also ground glass in the viewfinder; it’s ground to create a certain optics, so that you can see the image in a certain way….The reason that [film cameras] are pricy is because of that glass.”

Concerning the second half of the title, Nolan poses a simple question. “I am a badass, right?”

The Opening Reception for Tales in the Ground Glass: The Adventures of a Badass Grandma by Peggy Levison Nolan will be Thursday, September 12 at 7:00PM, at the Dina Mitrani Gallery, 2620 NW 2nd Avenue, Miami, FL 33127. For more information, visit Dina Mitrani Gallery on the web.