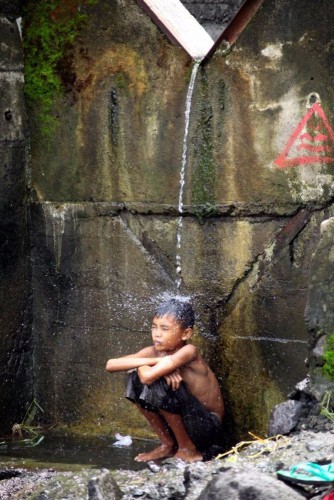 Alumnus Richard LaBarbera is featured at the Musee du Louvre

The Department of Art + Art History has recently learned that, in addition to including alumna Paola Katherine Rodriguez (BFA ’15), the Musee du Louvre in Paris featured a photographic work by FIU College of Architecture + The Arts alumnus Richard LaBarbera (FIU BFA ’02) on July 13th, 2015, in the Fifth Annual Exposure Award reception. His photograph, taken of a boy from in small village on a small Indonesian island, was included in the Documentary Collection of the Exposure Award reception.

LaBarbera submitted his work to a contest hosted by SeeMe, an online platform that connects creatives of various artistic media across the globe. After submitting work from his series on the small Indonesian village, he received a notification from SeeMe about the inclusion of his work in the Fifth Annual Exposure Award reception at the Musee du Louvre. The event featured LaBarbera, along with fellow alumna Paola Katherine Rodriguez and other photographers that collectively represented over 191 countries.

LaBarbera was born and raised in New York. He is the recipient of the 2004 and 2014 South Florida Cultural Consortium Fellowship. LaBarbera’s work has appeared in solo and group shows nationally. He graduated with his Masters of Fine Arts degree from Columbia University in 2004, and he has taught photography at Columbia University and Florida International University. He currently teaches at Palm Beach State College and Miami Dade College. His work is in the collections of The NSU Art Museum Fort Lauderdale and art collectors around the country.

Regarding his photographic series on the small Indonesian village, LaBarbera said in his submission to the SeeMe contest: “After spending several summers on one of the many Indonesian Islands I started noticing something special about the people in the small village where I particularly enjoyed photographing. The people were quite relaxed being photographed, lending themselves to the cameras lens as if there was nothing to lose. Their poses were so sincere, reflecting not only a part of themselves but also a part of their culture….I originally thought about how it would be to photograph other parts of the world going through the [economic] recession, after spending 3 years photographing a small town in Florida going through [the] recession. I wondered how the term ‘poor’ in Florida related to the term ‘poor’ in other countries. Even though the Indonesians in this small village had nothing by way of materialistic possessions, they still had their families, their health and more importantly their happiness. They were happy with what they had instead of what they did not have. Whether young or old, and [no] matter [the] gender, everyone had a purpose, a sense of duty to accomplish.” (Source: SeeMe)

The featured image is the work by Richard LaBarbera chosen by SeeMe for the Fifth Annual Exposure Award reception’s Documentary Collection at the Musee du Louvre.