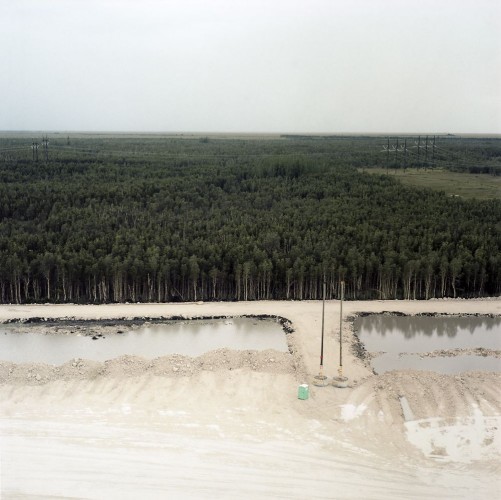 The exhibition includes two series, Sand, Gravel, & Stone and Structures: Study of Industrial Bodies, which focus on the cyclic essence of transformation, and explore the continuum of materiality. In Sand, Gravel and Stone the industrial landscape is depicted in a form of meditative de-contextualization. In Structures: Study of Industrial Bodies, the pieces examine provocative fragments subtracted from their overwhelming habitat. (Source: MDC MOAD)

Distrtito Doce is part of a special series at MDC MOAD called swing/SPACE/miami, which features the work of distinguished MDC and New World School of the Arts alumni. The ongoing exhibition presents five solo or group exhibitions per year, providing a platform to re-engage former alumni and foster opportunities with the community of young and emerging artists throughout South Florida. (Source: MDC MOAD)

Born in Colombia, Sebastian Muñoz received his Associates of Science from MDC in 2009 and his BFA In photography from Florida International University (FIU) in 2013, where he had his first solo exhibition Sand, Gravel and Stone. His works have been part of group exhibitions including the Arte Americas Latin American Art Fair in Miami, 2012; Atlantic Center for the Arts in New Smyrna Beach, FL; and Outset at the Patricia and Phillip Frost Art Museum at FIU. He also won first-place in the International Photography Award in the Architecture Industrial category. (Source: MDC MOAD)

A closing reception for Distrtito Doce (District 12) with the artist and curator will take place on Sunday, September 20th from 1PM-3PM at the MDC Museum of Art + Design.

The artist Sebastian Muñoz will be on-site at the exhibit on August 20th and September 10th from 1PM-4PM. 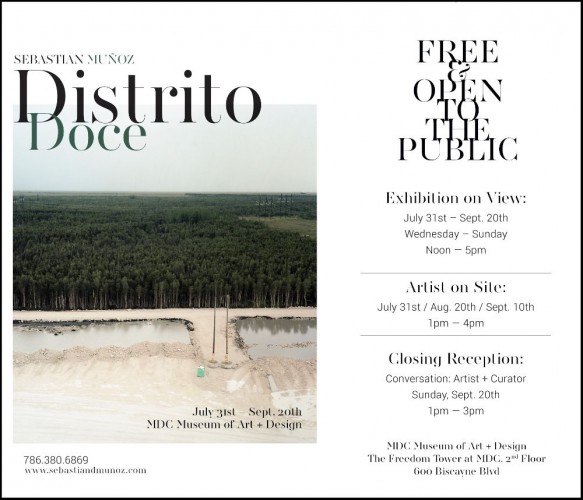