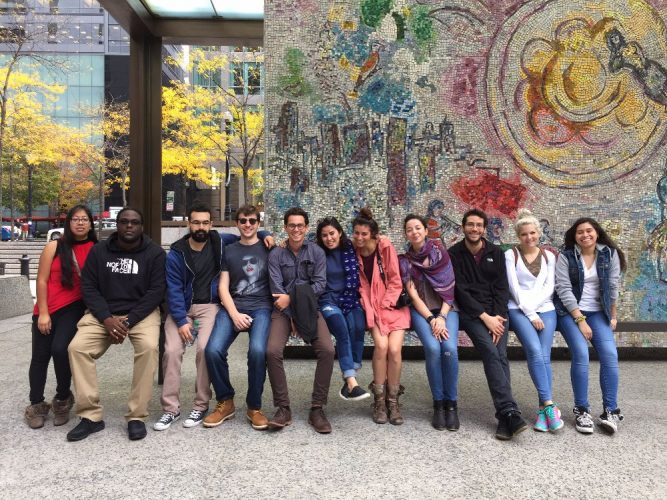 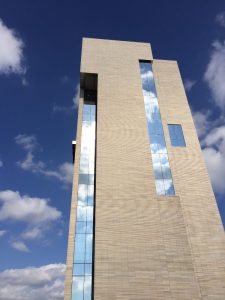 After the Great Chicago Fire in 1871, the metropolitan city saw the biggest building boom in the history of the United States. Since then, the city has been famed for its bold architecture and impressive skyline, including the neo-Gothic Chicago Tribune building and the second tallest building in the U.S. – the Willis Tower.

Students arrived in Chicago on October 15, 2016 for a day of design exploration. Their first visit was to the Farnsworth House, located in the outskirts of Chicago, in a town called Plano. The home stands as a landmark of Modern architecture designed by prominent architect, Ludwig Mies van der Rohe in 1951.

On October 17th, the students visited downtown Chicago and toured “The Four Seasons” and the Federal Center building. Then they made their way to the Illinois Institute of Technology to visit two buildings: the S. R. Crown Hall designed by Mies van der Rohe in 1956 and the McCormick Tribune Campus Center designed by OMA Rem Koolhaas in 2003.

The next day, they headed to University of Chicago to see the Frederick C. Robie House built in 1909 by renowned architect of U.S. modern design, Frank Lloyd Wright. Next, they visited the Reva & David Logan Center for the Arts built in 2012 by Tod Williams & Billie Tsien, also a part of the University of Chicago.

This Master Project Thesis trip served as an opportunity to experience Chicago both as a student and a traveler; an educational trip to see and study architectural landmarks and a cultural trip to explore one the most important cities in North America.

For more information on the School of Architecture, please visit our website.