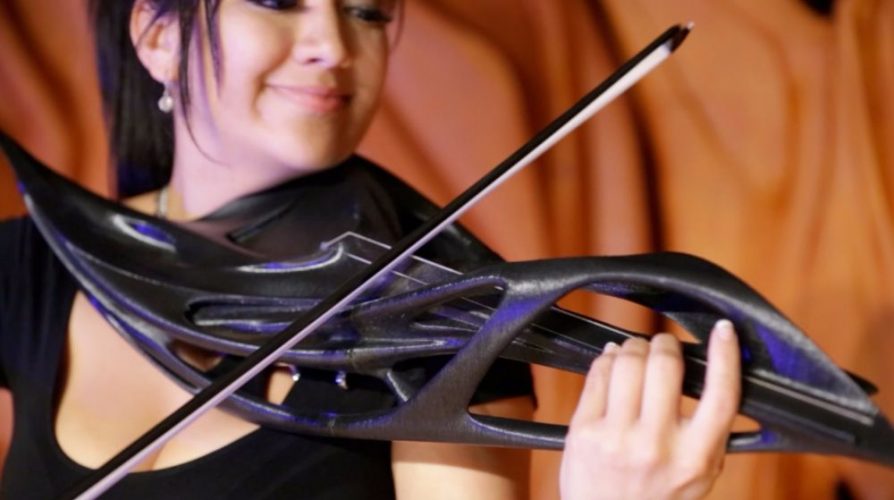 CARTA News » Department of Architecture » Eric Goldemberg, Was Featured on Architectural Digest’s ‘8 of the Most Ingenious 3-D–Printed Objects to Date’

Eric Goldemberg, Was Featured on Architectural Digest’s ‘8 of the Most Ingenious 3-D–Printed Objects to Date’

A technology that began in 1984, 3D printing has revolutionized the future of many industries including architecture, manufacturing and health care. With many recent advances and even recognition from the U.S. President, Barack Obama, 3D printing has become one of the most significant sources of technology in today’s modern world.

Architectural Digest took account of its importance and rounded up the 8 most ingenious 3D printed objects to date. Amongst the objects selected by the International Design Authority & magazine was a project set forth by our very own, Associate Professor of Architecture, Eric Goldemberg and his studio.

Goldemberg’s and Veronica Zalcberg’s (MONAD Studio) 3D printed, Piezoelectric Violin was chosen as one of the most innovative and functional objects that combines music and technology. This highly acclaimed new music instrument was developed by MONAD Studio in collaboration with musician-luthier Scott F. Hall.

Below is the excerpt from the publication, written by Adam Peterson on December 20, 2016:

With its flexibility, speed, and ever-lowering cost, 3-D printing is the future of manufacturing. Ironically, though, the versatility of the technology itself can be a problem: When you have the ability to create essentially anything, taking full advantage of that potential is a bit daunting. But as more and more artists and designers embrace the tecnology, the results can be truly stunning. Architectural Digest explores some remarkable examples of 3-D printing, where even the most mundane item is reimagined as a functional piece of art.

Monad Studio Two-String Piezoelectric Violin
Blurring the line between art and tech, Miami-based design firm Monad Studio conceived this sleek, futuristic 3-D–printed two-string violin in collaboration with artist-musician Scott F. Hall as part of a series for a sonic art installation. Despite its decidedly sculptural alien aesthetic, the instrument is, at its core, still a violin, though it eschews the traditional four strings for two, relying largely on the piezoelectric effect to create its beautiful sound. To read the full article please click here.