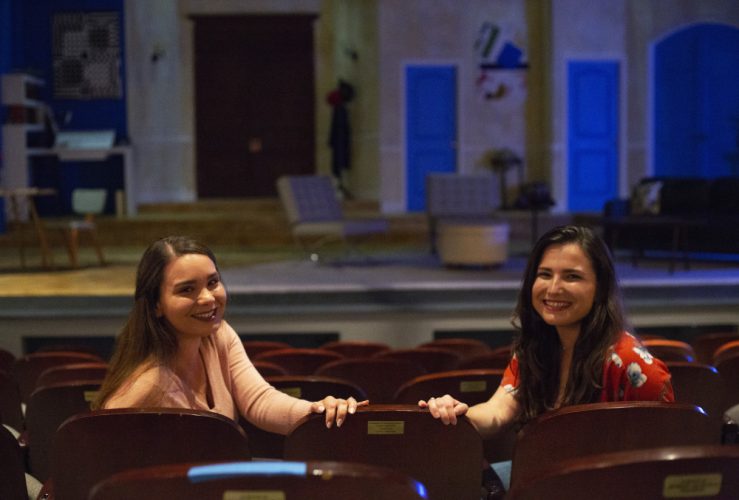 Luis Castany never felt more at home than when he was enjoying the arts. A patron of FIU Theatre for over 25 years, he saw countless plays and witnessed the growth of the department.

When he passed away late last year, his granddaughters Brigitte Madan and Monique Urrutia decided to commemorate his life with a plaque on a seat in the Mainstage theatre of the Wertheim Performing Arts Center.

“It’s a way to feel closer to our abuelo,” Madan says. “It does feel like he is with us when we come. He has a seat for himself even though he’s not there with us anymore.”

Some of Madan and Urrutia’s fondest memories of their grandfather took place here at FIU. When they were little girls, living less than a mile from campus, Castany would bring them to campus to see exhibits, hear the symphony, or catch a play.

“He would unwrinkle the pages of the Miami Herald and go straight to the arts section to see what was happening so he could take us,” says Urrutia. “He played a very big role in our lives growing up and taught us to see beauty in the simplicity of things.”

Castany was born in Santiago de Cuba in 1939. His family owned bodegas, small stores which sold assorted items for the home. After Castro took control in Cuba, the family showed up to their store one day to find armed militia taking over their business. Soon after, he took his young daughter and fled to the United States. 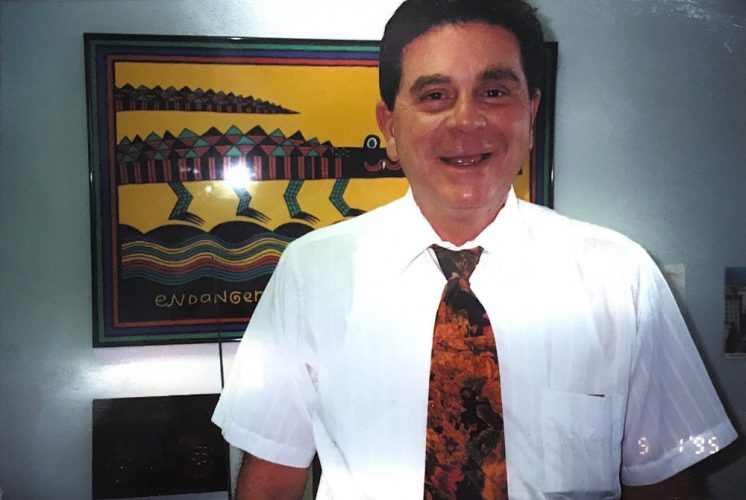 The first few years in Miami were tough. To get by, he sold avocados on the street. One day, he made a sale to a guy who was even more impressed with his spirit than the avocado and offered him a job on the spot. He began working at an accountant’s office, eventually becoming an accountant himself at Spanish Broadcasting System (SBS).

His health began to fail in the last two decades of his life. A series of strokes, diabetes, and kidney failure began to limit his mobility, but didn’t stop him from finding his joy through the arts.

As his granddaughters grew and his health deteriorated, the roles swapped. Now it was them picking him up to take him to a show or a museum on Sundays. One time they even surprised him with an early morning trip to a wheelchair accessible beach so he could feel the sand and see the ocean again.

They decided to commemorate their love for their grandfather with a plaque in FIU’s theatre because of all of the memories they shared there. 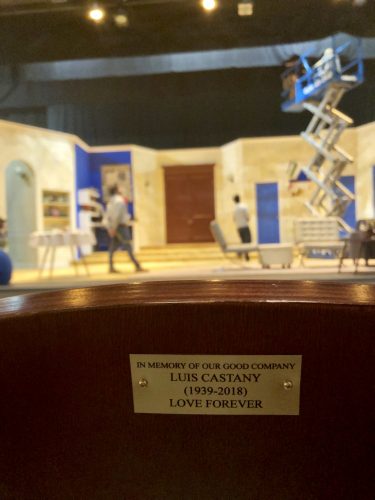 “When we were trying to figure out how best to honor his memory, we tried to think of places where he would be happy living forever,” says Urrutia. “The theatre seemed like the perfect place.”

Part of the plaque reads, “In memory of our good company.” For the granddaughters, that phrase will always remind them of abuelo.

“Whenever we’d go out, he would put his arm out for us to take or hold our hands and he’d say ‘you are my…’ and we’d finish the sentence, ‘good company.’”

If you are interested in naming a seat in our mainstage theatre, please contact Maria Claverie at mgclaver@fiu.edu. FIU employees can participate in the Name a Seat campaign through Ignite