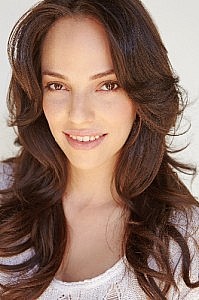 Carolina Pozo graduated from FIU in December 2010, with a BFA in Theatre.  Since then, she has been devoting her time and talent to continuing her training as well as participating in several successful projects.  She works with a private vocal coach, Jeanette Hopkins, attends Film Acting workshops with Casting Directors such as Lori S. Wyman and has trained with Director, Marc Durso, in Act True: Uta Hagen Acting Method.

Some of Miss Pozo’s achievements include co-starring in Style Star Miami, with a fashion designer from Red Carter, being featured in Charlies Angels TV Series and doing a Williamson Cadillac commercial.  Between winter 2012 and fall 2013, she has had several roles in movies which entered The Canes Film Festival, The Borscht Film Festival, Hoxton Film Festival and O Cinema Indie Film Club Film Festival.  One of these films, Hiding Places, was nominated and won Best Film at the Canes Film Festival.

ay production of The Donkey Show, directed by Allegra Libonati, in 2012.  It is a fun play which embraces all the good things about Studio 54: disco music, snazzy outfits, bright lights, great dancing and beautiful people.  In September 2013, she performed in an upbeat, Off-Broadway musical comedy, The Marvelous Wonderettes, directed by Carla Zackson Heller.   She has just returned from a second tour with The Amazing Adventures of Dr. Wonderful and her Dog, directed by Jeff Revels, which has been performed in Miami, Broward, West Palm Beach and Orlando.  Carolina is also working on her one woman show, Follow the Yellow Brick Road, based on the life of singer, actress and vaudevillian, Judy Garland.

When she is not acting, you can catch her singing at The Cabaret, a swanky new music spot on South Beach.  Miss Pozo hopes to be part of a new project which will begin production this summer…more to come on that later. 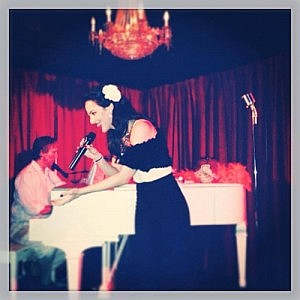