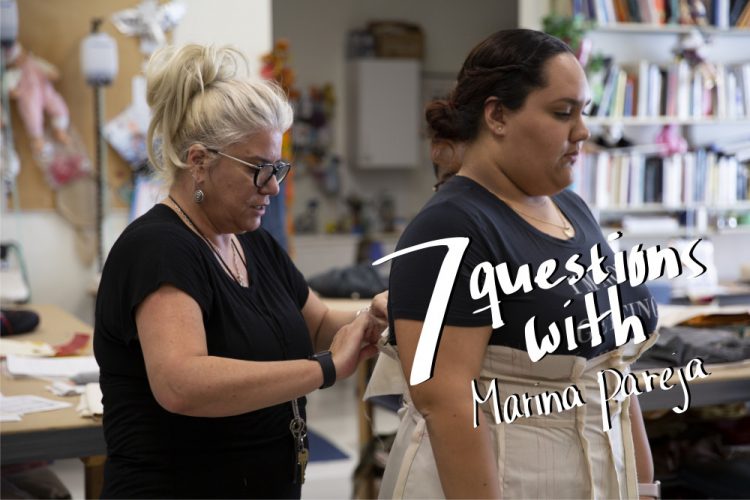 Coming full circle from FIU Theatre student to FIU professor, Marina Pareja has been garnering an outstanding reputation for costume design. For her work in Zoetic Stage’s Sweeney Todd, she was honored with the Silver Palm Award for Outstanding Costume Design. Pareja has also been moving up the ladder at FIU, having just been promoted to Assistant Professor. She recently designed for FIU Theatre’s Right You Are, If You Think You Are and has already started working on Measure for Measure, opening on January 31. We got to discuss her professional journey and learn more about the personality behind the costume designer.

I always liked clothing. My first thought was that fashion design would be the best choice. I started doing it, but I just didn’t like how lonely it was actually. I finished studying but I needed something else. I think I did one of those tests that tell you what you should be doing based on what you like. By considering my interests in history, literature, and clothing, I came upon costume design. So I came to FIU and gave theatre a chance — and I loved it! It had everything I wanted, all the interests I had were just clumped up together in costume design.

2. If you could have dinner with anyone, living or dead, who would it be and what would you talk about?

Coco Chanel. I’d ask “Who let you smoke around your costumes?” She was a big smoker, but I think that’s one of the reasons she made such great perfumes. I love her clothing and forward thinking style, especially for her time. She had to work hard to get to where she did, including at that time when the fashion industry was controlled by men. She was one of the first women to make it big.

3. What is the biggest difference between present-day FIU Theatre and when you were a student?

When I was a student, FIU Theatre was a tiny program (with a big heart though). There were only about 30 students and 5 faculty in the 90’s. The struggle was real. The costume shop was all the way in W6, the Theatre was in DM, and we had another space in VH. We had to roll stuff back and forth. The campus was also very different. We couldn’t leave the shoes drying outside, because we had foxes and they would steal the shoes. Now we’re at about 120 students and the shows are bigger than before. We’ve developed and grown.

4. What has been your most memorable theatrical experience as an audience member?

I didn’t expect the reaction I had when I saw the Phantom of the Opera on Broadway. When the music started, I started bawling, I was sobbing uncontrollably. I was like, “this needs to stop because I’m not going to be able to…” I paid some pretty good money for the show because I wanted to be close to the stage and see the chandelier swinging on top of my head, so I wanted the full experience. Eventually, I was able to calm down and then Masquerade started, and I started sobbing again. I was just moved, and it was just one of those moments that I thought “this is why I do this.”

5. What makes you laugh?

6. What has been your favorite show to designs costumes for?

In The Next Room (or The Vibrator Play) by Sarah Ruhl. It was set in the late 19th century, a period in history that I hadn’t done yet so I had the time of my life researching and preparing the patterns. They wore bustles, the dress that pops up in the back with a train. I enjoyed the way they all looked in the end. It was a big show so I worked all through winter-break. Some of the girls had multiple outfit changes so that meant more costumes. I had to do the undergarments, bustles, petticoats, and then the actual garments. It felt good seeing the hard work pay off.

7. What is the biggest piece of advice you would have for an incoming design student?

Keep yourself organized. And make sure that you’ve heard the calling. 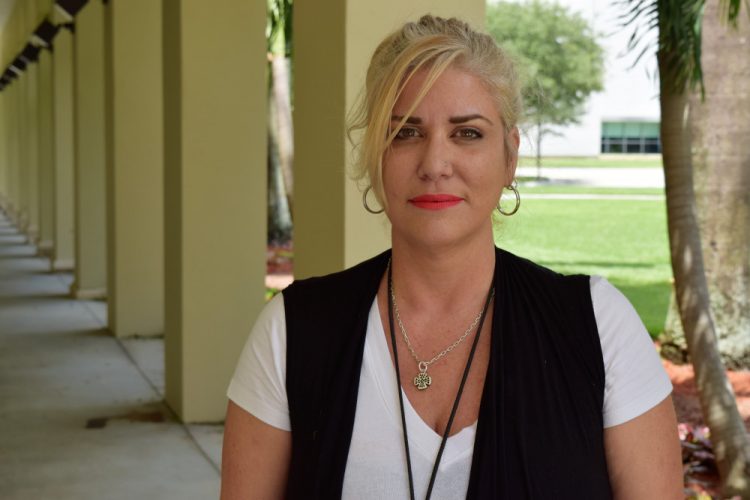