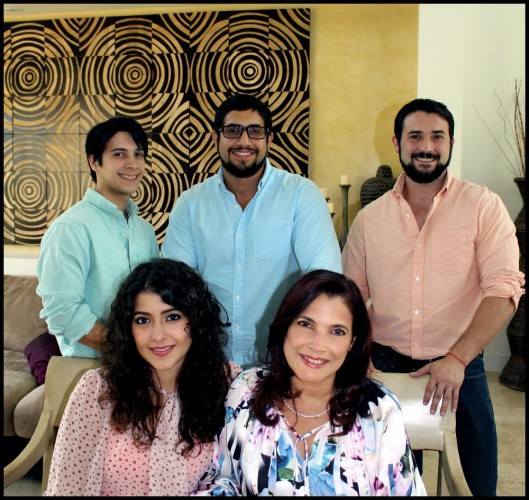 Sandra Diaz ’86, recently back on campus for a theatre performance, finds it hard to get used to how much the campus has grown since she was here pursuing a degree in interior design.

One of Diaz’s favorite things about studying at FIU was the sense of camaraderie she developed with her fellow students. “Since FIU was smaller back then, you really got to know everyone in your same degree path,” she said. “We would all meet together in the drafting room to do our projects, staying up to all hours of the night and we’d actually have a good time working. We would help each other whenever we could.” And the sense of family extended beyond just those in her program, due to FIU’s strong international contingent. “Not everyone was from one place, so although raised in another country, I didn’t feel isolated or unaccepted. It was just the general feeling of a family environment where everyone got along.”

Diaz took those experiences of teamwork and, along with her extensive knowledge of design, created a successful livelihood for herself. Launching her full in-house design firm, Sandra Diaz Interior Design, shortly after obtaining her Bachelor of Science degree in interior design, she has over thirty years of professional residential and commercial interior design experience in both South Florida and on the international market. Her clients include Spanish Broadcasting systems, Eglo lighting showrooms, the US postal service, Miami Dade school systems, and NBA and NFL players.

This success would become extremely important when she was forced to raise a family of four children as a single parent. Because she had a strong career to fall back on, “I could raise my children alone, putting them in the best schools with all the best opportunities.”

Her children certainly see the value FIU has had in her life; indeed, all four of Diaz’s children are either currently studying or completed their degrees at FIU. Her oldest son, Derrick, graduated with a degree in organic chemistry and went on to study medicine. He earned his MD and is currently staring his residency in family practice. Her second son, Aldrick, studied construction management and is graduating this year. He has already earned his general contractor’s license and has started his own construction company, Cornerstone Developers and Constructors. Diaz is currently teaming up with him on several development projects in Miami Beach. Her third son, Alexis, is studying computer engineering, and daughter Megan is a freshman with plans to eventually study law.

When asked whether they ever had family discussions about attending FIU, Diaz laughs. “Not really, since it was something they just all knew they would do,” she said. “They saw how FIU helped create a successful career for me, and its constant growth meant that it could offer more and more career choices for them. FIU was just a natural choice.”

Of course, that doesn’t mean she isn’t extremely happy about the blue-and-gold legacy she has left her children. “I wanted them to realize that an education was the best thing I could leave them. I am so proud they saw the same value that I saw in FIU, and that it’s become a family tradition for us.”