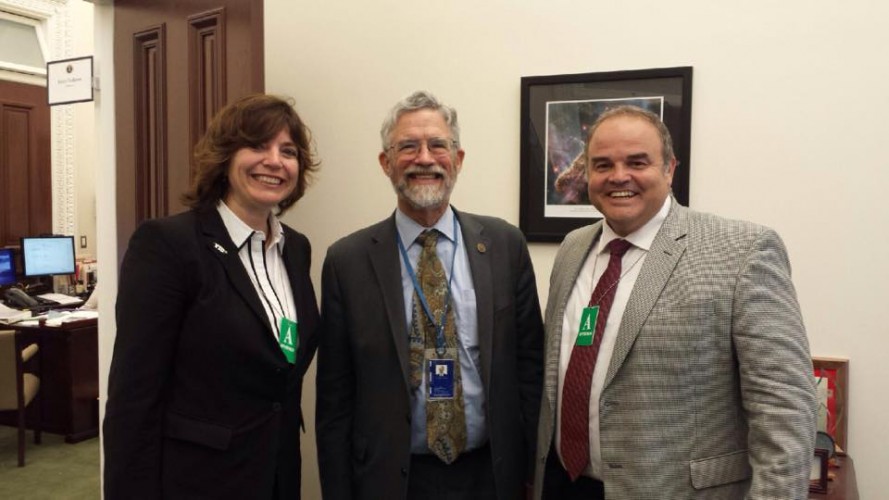 Florida International University’s (FIU) College of Architecture + The Arts (CARTA) Dean Brian Schriner would like to put Art back in STEM curriculum, to create STEAM! “We need artists, scientists, architects, and designers to create meaning in today’s world. Moreover, we need creative people to form productive collaborations with scientists, educators, and technologists to make a positive impact on the world,” said Schriner.

This has been Xavier Cortada’s professional crusade as well. As artist-in-residence at CARTA, Cortada’s extraordinary work focuses on the relationship between humans and nature, and he says science is his muse. He has worked closely with physicists, population and molecular geneticists, and field ecologists to convey the significance and meaning of scientific data. Much of his work is imbued with a quasi-religious hue.

In 2006, Cortada received a National Science Foundation Antarctic Artist grant that allowed him to create several works of art at the South Pole. Using sea water, he produced an ice replica of a mangrove seed, which he buried in an ice sheet that is slowly moving toward the Weddell Sea. Another installation incorporated 24 shoes in a circle around the Pole; each was separated by inches and represented a person affected by climate change in the earth’s different time zones. He used sea ice, sediment, and glacier samples to make “ice paintings,” which he later presented to the governors of Florida and California at a global climate change summit. Some of his Antarctic works travelled to more than a dozen museums within the U.S. and internationally.

In 2013, Cortada and physicist Pete Markowitz travelled to CERN’s Large Hadron Collider to install five banners commemorating the research scientists conducted to establish the existence of the Higgs boson particle. The banners, which hang at the entrance of a tunnel leading to the collider, incorporate pages from 383 scientific articles published by more than 4,000 physicists, engineers and technologists who collaborated on the particle’s discovery. Each banner represents the experiments done to demonstrate the particle’s existence and depicts the photons, bosons, quarks and leptons into which the particle was predicted to decay. One banner is reminiscent of stained glass; another, of fire and light.

Cortada incorporates didactic scientific education into many of his works. Much of his recent work has focused on the catastrophic effect of ecological degradation in FIU’s backyard of South Florida, an area of the U.S. that is among those most threatened by sea level rise. Cortada is collaborating with Florida Coastal Everglades LTER scientists in using the diatoms study to engage Miami Beach residents and elected officials in addressing sea level rise in the century to come.

It is for this reason that Cortada; FIU Professor Evelyn Gaiser, Ph.D.; Interim Executive Director of the School of Environment, Arts and Society (SEAS); and Carlos Becerra, FIU Director of Federal Relations met on April 14 with Dr. John Holdren, President Obama’s Science Advisor and Director of the White House Office of Science and Technology Policy, at The White House and urged him to find ways of integrating the arts into American science. Cortada stressed that scientific research can be enhanced by adding artistic perspectives to the problem-solving equation.

After this meeting, Cortada delivered an enlightening hour-long presentation to the White House Office of Science and Technology Policy executive staff. Go to (https://www.whitehouse.gov/administration/eop/ostp) on his use of art to engage science, scientists and the broader community. Cortada discussed methods he has developed in his artistic practice to inform and engage communities on important environmental concerns, including works addressing biodiversity loss (Miami Science Museum/Biscayne National Park), global climate change (NSF), and sea level rise (FIU SEAS).

The FIU College of Architecture + The Arts artist-in-residence also shared how his art-science collaborations have celebrated the role of science in society (CERN/Higgs boson), integrated scientists into broader community conversations (Hubbard Brook LTER/Watershed), and invited the community to participate in science projects (FIU College of Medicine/DNA). The members of the White House Office of Science and Technology Policy executive staff were extremely impressed, and Cortada and CARTA are continuing a national quest to put Art back in STEM curriculum, to create STEAM! 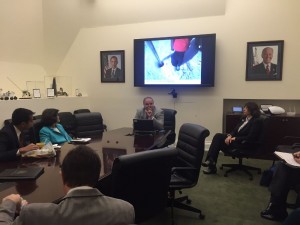 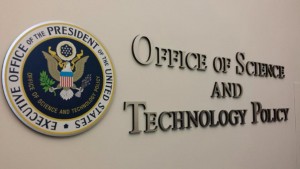