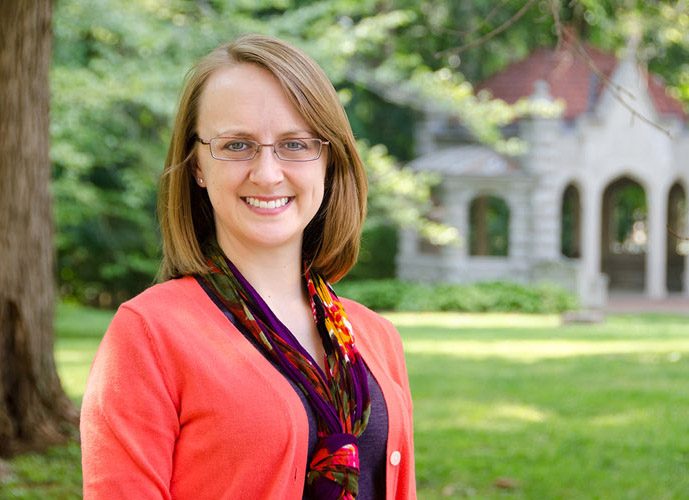 Jessica Gall Myrick, an assistant professor for The Media School at Indiana University-Bloomington, is the winner of the 2017 Lillian Lodge Kopenhaver Outstanding Woman Junior Scholar Award.

Myrick, who begins a new job in fall 2017 as a tenured associate professor at Penn State University, conducts interdisciplinary research that focuses on mediated messages and how they affect health, science and environmental communication. She has published 30 journal articles and a 2015 book on health communication. She also is part of a $470,000 grant from the National Institutes of Health. In 2016, she received one of four AEJMC Emerging Scholar awards, accompanied by a research grant.

Myrick holds a Ph.D. in mass communication from the University of North Carolina-Chapel Hill and an M.A. in journalism and B.A. in political science from Indiana University. She is a former journalist.

This is the fourth year for the Lillian Lodge Kopenhaver Outstanding Woman Junior Scholar Award. Kopenhaver, executive director of the Lillian Lodge Kopenhaver Center for the Advancement of Women in Communication at Florida International University, founded the award with cooperation from the AEJMC Commission on the Status of Women to honor a woman junior scholar who demonstrates outstanding research and great potential for future scholarship.  The winner receives a $250 check and a certificate. The judges for this year’s competition were Maria Len-Ríos of the Grady College at the University of Georgia; Sheila Peuchaud of the Reynolds School of Journalism at the University of Nevada-Reno; and Natalie Tindall of Lamar University.