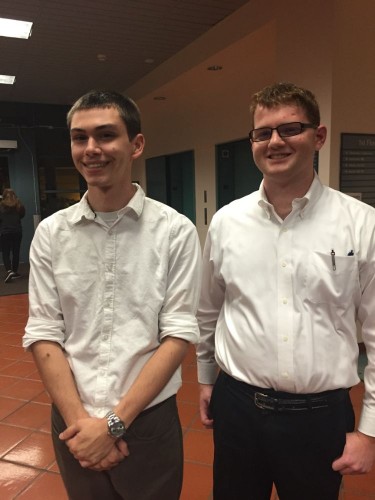 The FIU Debate Team began the 2015-2016 season strong with an impressive win with debaters Justin Merwitzer (right), Political Science major, and Alex Schwarz (left), International Relations major, emerging as the champions of the Golden Gate Opener debate tournament at San Francisco State University held September 25-27, 2015. The junior duo competed against some of the most talented debaters from universities across the country. They advanced through the competition and faced 24 other Novice division teams to unanimously win the first place prize. This competition was the first open tournament for the novice pair, making this victory that much sweeter.

“Going to and winning the Golden Gate Opener was an amazing opportunity, due in no small part to our coach T. J. Lakin,” said Alex Schwarz, beaming with pride and gratitude.