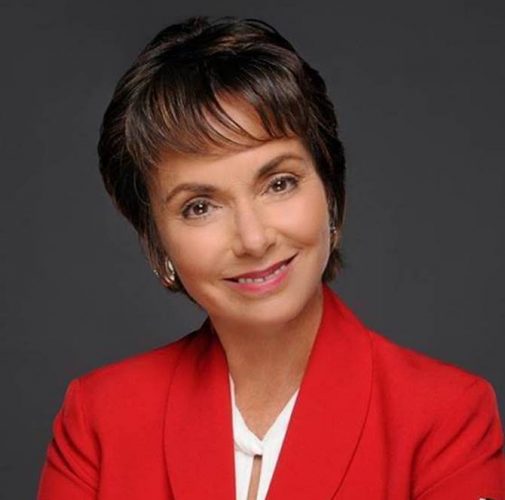 FIU Department of Communication alumna, Rosemary Ravinal, continues to embody the spirit of being Worlds Ahead as she launches RMR Communications Consulting LLC (RMR). After more than three decades spent in the corporate world, most recently as Vice President of Consumer and Entertainment Public Relations at Univision Communications, Rosemary wants to address a lapse in public speaking skills among top executives. In today’s society, communication skills are vital to success, even more so for top executives. After earning her Master of Science in Mass Communication; Global Strategic Communications, she has dedicated her career to honing the skills she intends on helping others master.

Below you can find a press release excerpt.

“Public speaking as always been a passion of mine,“ Ravinal stated. “It is common knowledge that public speaking is one of the public’s major fears. However, for leaders and Top Executives, not mastering the art of the spoken word is not an option. When you are in a position of leadership, people expect you to be fluent, engaging, confident, persuasive. But not everyone is born with those set of skills. So, I saw an opportunity to do what I do best and love, and help Executives become master communicators. Once they do, it will change their lives and catapult their careers to the next level.”

As a communications expert, Rosemary has more than thirty years of experience in the U.S. mainstream, Hispanic, and Latin American markets, and has held senior public relations positions at multinational corporations, non-profit organizations and agencies in New York and South Florida.

Before she joined Univision, Rosemary was vice president of communications and content at multicultural agency República Havas, and director of corporate communications for A+E Networks Latin America. She was president of the Hispanic Public Relations Association and has lectured nationally and written about Hispanic marketing, multicultural competency and Latina achievement.  She was the first Hispanic contributing news analyst for MSNBC cable news network and hosted various award-winning local public affairs television and radio shows.

Rosemary holds a Master of Science in Mass Communication; Global Strategic Communications from Florida International University and an undergraduate degree in broadcast journalism from Adelphi University.  She is Accredited in Public Relations (APR) by the Public Relations Society of America, and alumna of the National Hispanic Leadership Institute (NHLI).