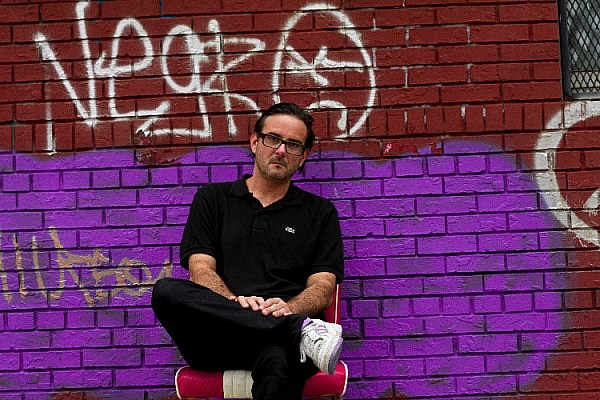 The Miami Dade College Museum of Art + Design, in collaboration with the CINTAS Foundation, has announced College of Architecture + The Arts alumnus Carlos Rigau (FIU BFA ’02) as a finalist in the 2014-2015 CINTAS Fellowship Competition in Visual Arts. On Friday, October 10th, an opening reception will be held at MDC’s Freedom Tower, where Rigau will be exhibiting his work.

Carlos Rigau was born in 1978 and raised in Little Havana in Miami, Florida. He graduated in 2002 from FIU with a double major in Fine Art and Television Communications. In 2009, he completed the Master of Fine Arts program at Hunter College in New York. He has exhibited his work in Berlin, New York, Chicago, Philadelphia, and Miami, in spaces such as Fabric Workshop, the de la Cruz Collection, Locust Projects, Emerson Dorsch, Tilton Gallery, Nice and Fit Gallery, and David Castillo Gallery. In addition to his work as an artist, Carlos co-directs an experimental, artist-run space named General Practice with Nick Klein, Ibett Yanez and Carlos Ascurra. Rigau is represented by LMAKprojects in New York City.

Rigau said that FIU prepared him for an opportunity such as being a finalist in the CINTAS Foundation competition. “FIU’s Visual Arts program and faculty laid a foundation [for] thinking critically,” said Rigau. “This training would later aid me in shifting through the complexities of the visual world. Working with Peggy Levison Nolan, Constantino Manuel Torres, William Burke, Mirta Gomez del Valle, and Eduardo del Valle sharpened a sense of awareness of how the different media/practices can be read and understood. The time spent in the FIU Art + Art History Department shaped my practice.”

The CINTAS Fellowship Program encourages creative development in architecture, literature, music composition and the visual arts. The Foundation was established with funds from the estate of Oscar B. CINTAS (1887-1957), the former Cuban ambassador to the United States and a prominent industrialist and patron of the arts. In June of 2011, the CINTAS Foundation entered into an extended loan to MDC’s Museum of Art + Design of the CINTAS Fellows Collection, comprised of nearly 300 pieces by artists of Cuban descent living outside Cuba who have received prestigious CINTAS Fellowships, awarded since 1963. (Source: www.cintasfoundation.org)

The opening reception of the 2014-2015 CINTAS Foundation Fellows Finalist Exhibition in Visual Art will be on Friday, October 10th, 2014 at 6PM, at the MDC Museum of Art + Design’s Freedom Tower: 600 Biscayne Boulevard, Miami, FL 33132. The exhibition will run until November 9th, 2014. Free and open to the public.

The featured image is provided courtesy of Carlos Rigau.