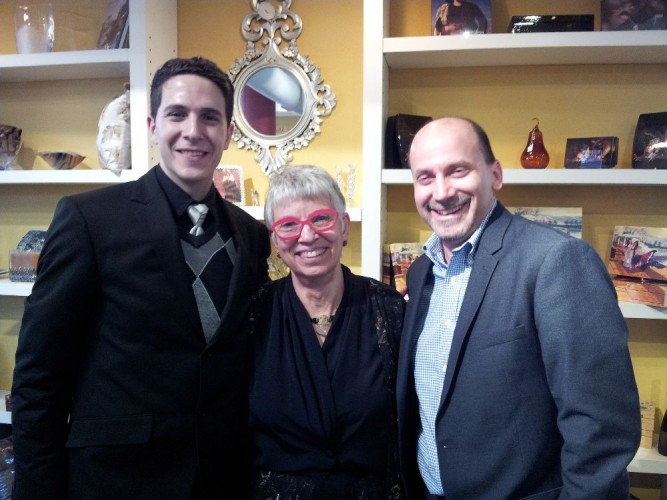 Asiel Sepúlveda (BA ’12), a student at Southern Methodist University, won the Dahesh Museum of Art Prize for Best Paper at the 12th Annual Graduate Student Symposium in Nineteenth-Century Art. The symposium is co-sponsored by the Dahesh Museum of Art and the Association of Historians of Nineteenth-Century Art (AHNCA), an organization designed to foster dialogue and communication among those who have a special interest in this field of nineteenth-century art and culture.

Sepúlveda’s paper, “Visualizing the Urban Environment: The Mulata and Tobacco Lithography in Mid-Nineteenth Century Havana,” examined how Havana’s mid-nineteenth century tobacco manufacturers employed printed ephemera and costumbrista types, such as the mulata, to portray African female sexuality as a disruptive force clashing with modernizing notions of cleanliness (both urban and racial), morality, and civil order in the midst of urban reformation. The winning entry will appear in an upcoming issue of Nineteenth Century Art Worldwide e-journal; the Best Paper prize is $1000, a gift from the Mervat Zahid Foundation.

“The papers presented at the symposium further demonstrate how young scholars continue to find new and innovative means of interpreting the nineteenth century,” said Alia Nour, Curator at the Dahesh Museum of Art. “We are indebted to these young people for continually revitalizing a field of study that attracts more and more scholars.”

About the Dahesh Museum of Art

The Dahesh Museum of Art is the only institution in the United States devoted to collecting, exhibiting, and interpreting works by Europe and America’s academically trained artists of the 19th and early 20th centuries. The Dahesh serves a diverse audience by placing these artists in the broader context of 19th-century visual culture, and by offering a fresh appraisal of the role academies played in reinvigorating the classical ideals of beauty, humanism, and skill. Visit the museum at www.daheshmuseum.org.

The text in this article was written solely by the Dahesh Museum of Art.

The header image is of Asiel Sepulveda with 2015 jurors of the 12th Annual Graduate Student Symposium in Nineteenth-Century Art Patricia Mainardi and Peter Trippi.