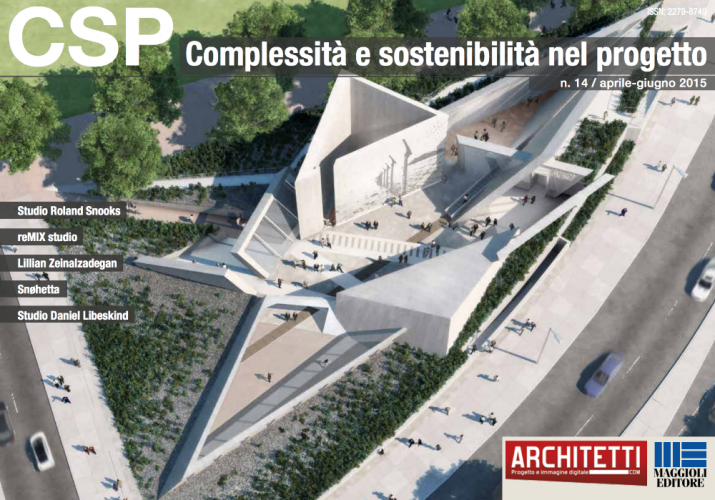 In the contemporary society, in a period characterized by de-coding and de-construction, it appears illusory the attempt to interpret the complexity of reality through a set of statements and procedures, as it is highly unlikely that we can formulate a relevant code of design, aiming to define laws and rules for the interpretation of the space and of its overall configuration.

In this magazine, which does not tend to document the current production, but to press for the reflection on the horizons of the transformation of the project of a liquid modernity, as opposed to the solid dominant culture of academic, professional and institutional-political modernity, the question we have to ask is: What is architecture?

Maybe it is a question that can be formulated only when you are facing the paradigm shift in the discipline of design and you search the hallmarks of architecture as an art to form, to reinvent, to manufacture new concepts and spaces.

Such research will not try to list the points of failure of the dominant paradigm but to identify the idea of architecture and its directions of investigation.

Citing Bruno Zevi: “modernity is what makes the crisis a value and raises an aesthetic of ruptur.”  In this statement crisis and new vision are connected and the modernization means liquefying, melting the solid bodies of the old modernity and the present ebb of the New Realism of John Silber and Nikos Salingaros. (Source)