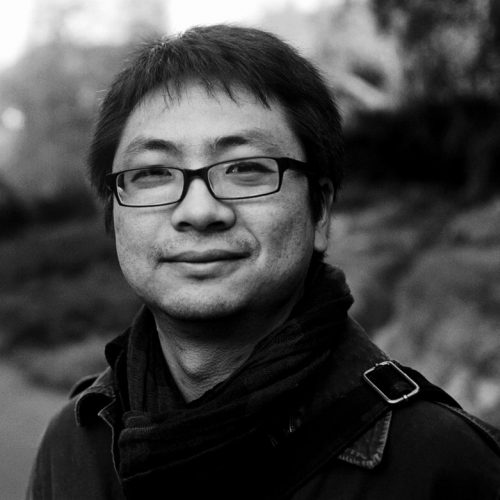 What do architecture and photography have in common? “Nothing at all,” would be the answer given by most. Yet for Hai Zhang (M.Arch ’12), both professions spark creativity and an investigative passion.

“To me, architecture is much more beyond forms, shapes, technology or any physical presence, but really is to create a context for people. Whether as small as an individual or as broad as the society,” said Zhang. “This was one of the main reasons why I chose to study this field,” explained Zhang.

“However, after 7 years of practice in the field, I was very much frustrated by the feeling of not knowing who I was designing for and, why. I felt I didn’t know enough of the society and the context. But somehow, photography opened a window for me to investigate these social backgrounds and learn more about societies through a lens.”

This opportunity was presented to Zhang in 2009 through an architecture research fellowship granted by international renown architect, Rafael Viñoly. The Rafael Viñoly Architects’ Training and Research awards are given to individual researchers with ideas that have the potential to improve the craft or practice of architecture, and the passion to explore them. (Rafael Viñoly, 2019).

Zhang, along with two research partners came up with a proposal that consisted of doing a journalistic and investigative study on housing and urban planning in China.

“For two years, we did a huge amount of fieldwork in China and analysis. Until today, the publication was considered very valuable providing social background and context.  It was really the starting point and from where there is no return for me to continue on photography,” said Zhang.

Since then, Zhang’s photographs have been showcased in galleries around the world including la Galerie Voies Off in Arles, France, the Luise Ross Gallery in New York and the Russia Museum in St. Petersburg, Russia. His work has also been publicized in multiple print publications including most recently, Harper’s Magazine.

Zhang’s work has also included in exhibitions surveying the photography in modern and contemporary Chinese social landscape in Bursa International Photo Festival, Turkey and Chobi Mela VII, Bangladesh Since 2005, he has participated in several group exhibitions examining the immigrants’ social identity in a foreign country including Aphasia at the Asian American Art Centre, New York, and America through A Chinese Lens at the Museum of Chinese in America, New York.

Currently, Zhang commutes between New York City, China, and Europe. His work mainly focuses on going out and shooting and making photography books as an investigative process to examine the subjects and photography itself.

He credits Professor Marilys Nepomechie and Professor John Stuart for providing an open and supportive environment and encouraging critical thinking, a habit which he still practices every day.

His advice to students: “Keep your curiosity alive like a burning fire. The process sometimes a long time, but never give up or compromise. As long as there is a goal and reason, just keep on trying.”

Learn more about the Department of Architecture on our website.