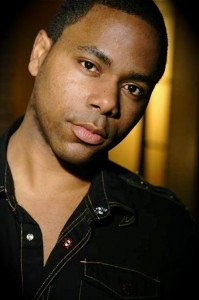 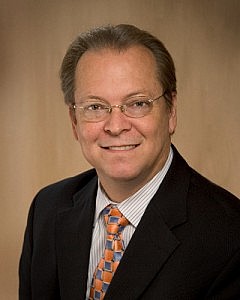 Jim Piersol, a member of the College of Architecture + The Arts Dean’s Leadership Advisory Board, is a Principal at M.C. Harry, a Miami based architectural firm specializing in public work. CARTA is proud to announce that M.C. Harry is the deserving recipient of the fifth place spot on Structural Engineer’s Best Architecture Firms to Work for in the Nation list. According to Dean Brian Schriner, “It’s no surprise that M.C. Harry has earned this prestigious honor. We at CARTA have long known about the excellent working environment and quality product of M.C. Harry. I’m proud to have Jim Piersol as a board member and part of the CARTA family.”

Jim Piersol has been a Principal at M.C. Harry since its founder, Milton Carlisle Harry, retired in 1990. The company has been one of the driving architectural forces behind some of Miami’s most utilized and renowned spaces, including the renovated Dade County Courthouse, Miami Beach Fire Station #4, Vizcaya Museum’s new glass canopy, and a host of FIU areas including the health science complex, the Graham Center expansion, and the Green Library. Under Piersol’s leadership and vision, M.C. Harry has won great acclaim for decades in the world of architecture. Piersol continues Milton’s legacy by “hiring good talent, and giving them enough freedom as they need to do good work.” He sees his role as continuing an established legacy as a cohesive, collaborative firm of employees who are dedicated to their jobs, operate with transparency and openness, and above all take pride and ownership in their work and their company. For Piersol, “the most important resource is the employees.”

Through their focus on public sector projects, M.C. Harry has created broad and lasting ties with the FIU community. One of FIU’s established architects (working on expansions, renovations, and additions at FIU), Piersol was a founding member of the Dean’s Leadership Advisory Board for CARTA, and currently also serves on the President’s Council. Most recently, Piersol served as the Architect of Record for the newly opened DM Sky Lounge working with Roberto Rovira, Chair of Landscape Architecture and Lead Designer on the project, to implement the design of the new space, which Piersol calls “a beautiful and elegant design.” He feels it’s his responsibility to give back to the FIU community, so the partnership established between M.C. Harry and FIU can continue to benefit all.

M.C. Harry has received numerous other accolades, including “2012 Firm of the Year” from the American Institute of Architects – Florida Association, and “Excellence in Construction” from the Associated Contractors and Builders – Gold Coast Chapter for the FIU Green Library. CARTA and FIU congratulate Jim Piersol and M.C. Harry on their superb commitment to the architectural community in South Florida! 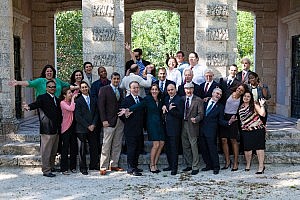