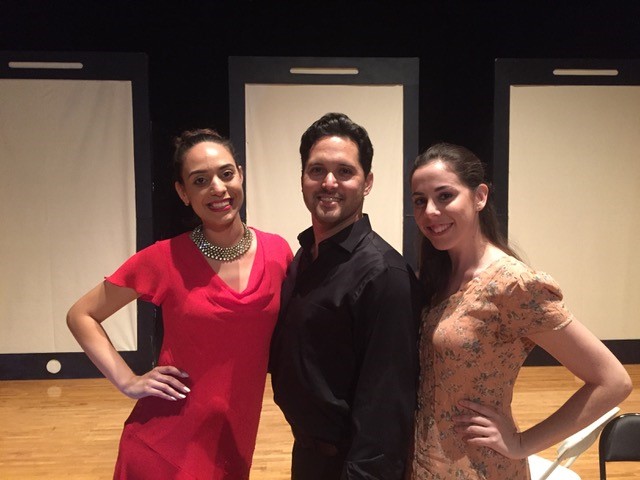 This is the fourth year the two companies have collaborated to bring a Shakespeare play to local high schools. Next year, Gablestage will partner with FIU Theatre in order to involve more current students and alumni. 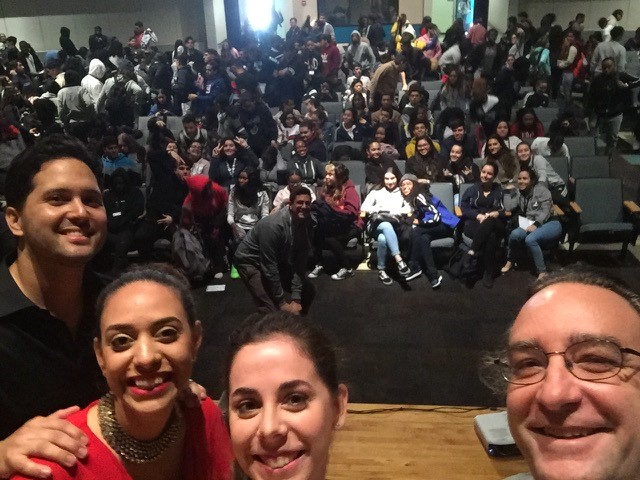 “This year we had the idea to have the students think about the relationship between the writer, William Shakespeare, and his characters,” said Church. “We created AKA Hamlet to show that Shakespeare is the same person as Hamlet. A lot of the questions the students have been asking are about that exact relationship.”

The touring company featured the work of theatre alumni Erynn Chapman, Patricia Contreras, and Charles Sothers. Another alumnus, Paul Steinsland, served as the stage manager of the production, in charge of loading, running, and breaking down the set for each show of the tour.

“I think this has been a great experience for our recently graduated alumni who are used to nightly rehearsals and shows. Suddenly, they are performing and turning on the acting, energy, and mental agility at 6 in the morning which is how professionals work, during the daytime,” said Church.

The company would arrive at the schools as early as 6am so they could set up the scenery and props and get into costumes. They’d be ready to perform by 7:30am. Some of the shows get two performances in one morning. After the performance, they would answer student questions and discuss the themes brought up in the play.

Contreras, who played Gertrude, found those talkbacks with the students to be the most enjoyable part of the tour.

“The Q&As after each show were all so thought provoking, not just for the students but for me as an artist as well,” she said. “It’s been inspiring to see these young students immerse themselves into Shakespeare and find out what they were thinking and processing during the show. I love how we are able to spark curiosity in these students, through theater.”

Chapman, who played Ophelia, found that the most rewarding part of the process was helping the young students relate to Shakespeare.

“When we usually think of Shakespeare’s work, we think of something so old and hard to understand. But the themes in his work are very much relevant to today’s society,” she said. “Crime, violence, revenge, love and war, and identity are so prevalent in his plays as they are in our lives today. Modernizing it in a way that young students could understand and relate to was very inspiring for me.” 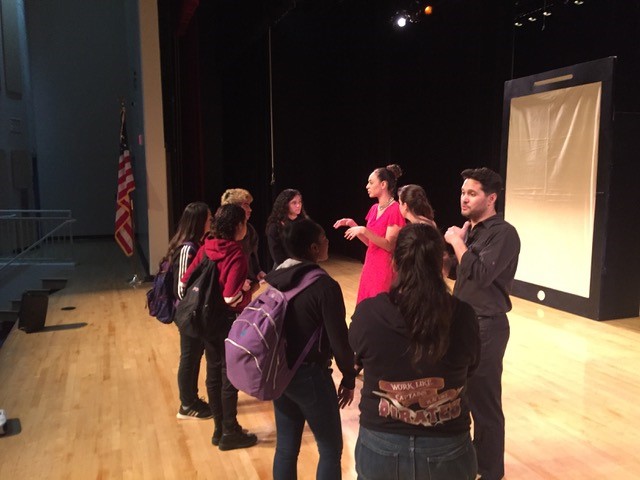