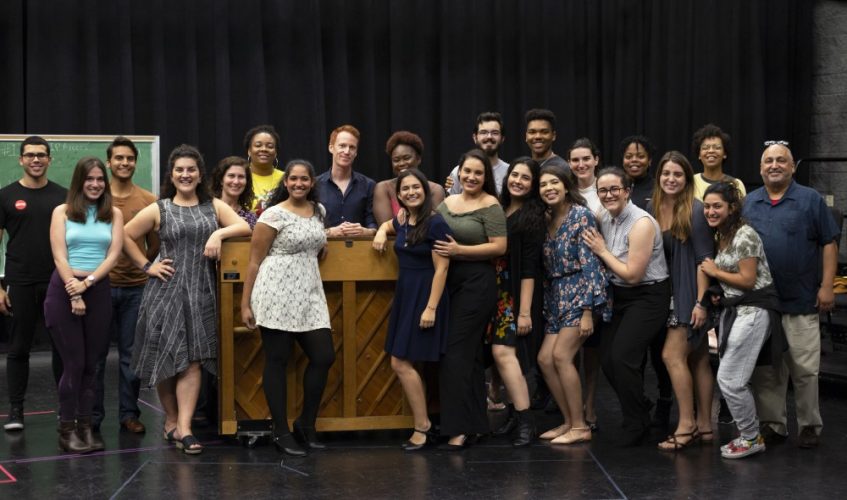 Last week, members of the Celebrity Cruises Productions team (the producing arm of Celebrity Cruises, Inc.) were on campus leading a musical theatre masterclass with over twenty of our acting students.

Marcus is the casting specialist for Celebrity Cruises Productions. She travels the world recruiting talent for their productions, overseeing the casting of all production vocalists and the recruitment and management of all in-house vocal directors. She has over 25 years experience in the industry as a performer, educator, and casting director.

Smithson is a vocal director with Celebrity Cruises and has worked on numerous national tours, Off-Broadway, and regional productions. He is a former adjunct instructor and musical director at the University of Cincinnati-College Conservatory of Music and vocal coach at PACE University in New York City.

The masterclass is the latest chapter in a partnership between Royal Caribbean (the parent company of Celebrity Cruises) and FIU Theatre. For the past several years, our students have participated in numerous masterclasses in performance, design, and technology management both at FIU Theatre and at Royal Caribbean’s state of the art facility on the BBC campus.

“This partnership is an important part of our pedagogical mission,” says Joel Murray, Chair and Artistic Director for FIU Theatre. “Our students benefit greatly from these sessions where they get to learn from and work with seasoned professionals who are working and creating in the entertainment industry. This exposure is invaluable to their continued development as theatre artists.”

The nine performance students presented a short song, received feedback from Marcus and Smithson, and then were performed the song again incorporating their notes. Aside from the specific feedback they were receiving, they also learned general audition techniques and best practices.