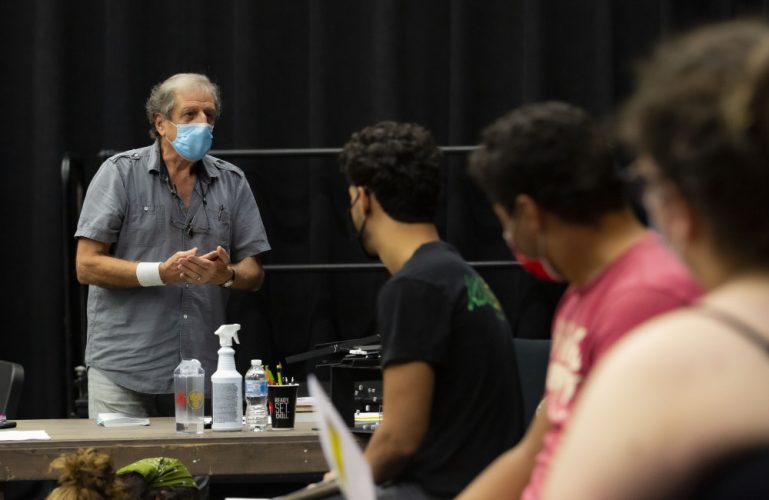 After 40 illustrious years of teaching and directing at FIU Theatre, Associate Professor Phillip M. Church announced last week that the 2020-21 academic year will be his final one at the university.

“I have so much for which to thank FIU,” said Church. “It has provided so many opportunities to grow and build inner visions for the greater good.”

Professor Church joined the faculty when the university was still in its formative years. He witnessed and made significant contributions to the growth of FIU and its theatre department. Thousands of students have benefitted from his guidance in the classroom and on stage.

“This semester it feels as if one is teaching for the first time again. A reminder of how new and energizing it all was forty years ago, how much one had to offer, and how much one had to learn as a young teacher. There is still so much to discover, and often at the hands of the students around us. This final year will be one of rediscovery.”

His upcoming retirement was not the only big news Church shared last week. He announced the arrival of his first grandchild, Aspen. 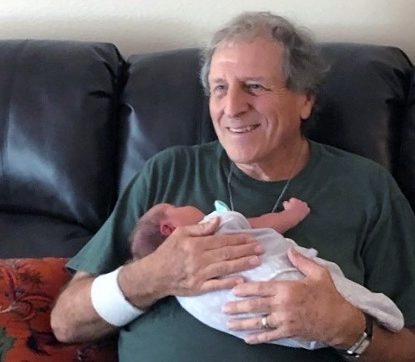 “Nothing in the arts, certainly nothing in the theatre, can ever compare with the creation of a new life. Youthful expectancy must be the compelling force we receive in the classroom that draws so many of us toward the vocation of teaching. I now imagine Aspen being that continued source of energy and inspiration. What greater blessing could one ask for?”

It will come as no surprise to anyone who knows Professor Church that although he is retiring from FIU, he has no plans to slow down. His drive to create art that shines a light on social causes is still very strong.

“I sense a good twenty years of gas still left in the tank,” he says.

Once his time at FIU is complete, Professor Church plans to dedicate himself to creative projects that are already in progress with his theatrical company, What If Works. He has plans for the premiere production of Les Standiford’s The Man Who Invented Christmas. The play is an adaptation of Standiford’s hit book which tells the story behind Charles Dickens’ A Christmas Carol. Church already produced an inventive virtual staged reading of the play last summer.

Other plans include a film version of the one-act opera, Romulus Hunt by Carly Simon and a screen adaptation of the history novel The Secret of Anne Shakespeare, by Arliss Ryan.

Before all that, however, he still has two projects for the FIU community.

In the Spring, he will present an original work developed for the Humanities Edge/Mellon Foundation, Flying Solo with Artist X, based on the life and work of activist artist Xavier Cortada. The project will be performed in the Phillip and Patricia Frost Art Museum.

His final production for FIU Theatre will be this Fall’s Fahrenheit 451, the classic dystopian tale by Ray Bradbury. Rehearsals are already underway.

Fahrenheit 451 runs September 24 through October 3 at the Wertheim Performing Arts Center. For more information and to purchase your tickets, visit http://go.fiu.edu/theatre.

Please join us in celebrating the career of one of FIU Theatre’s greats, Phillip M. Church.