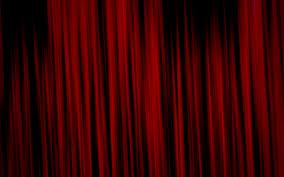 Student and Faculty nominees have been announced for 2014’s Kennedy Center American College Theatre Festival (KCACTF). The College of Architecture + The Arts nominees are as:

Congratulations to all the nominees. Best wishes & break a leg!

FIU Theatre enters a production each season into KCACTF on a “participating” level and is eligible to nominate other productions for awards. KCACTF Region 4 Festival 46 will be held February 4-8, 2014 hosted by Hollins University and the Mill Mountain Theater in Roanoke, VA.

The aims of this national theater education program are to identify and promote quality in college-level theater production.  To this end, each production entered is eligible for a response by a regional KCACTF representative, and selected students and faculty are invited to participate in KCACTF programs involving scholarships, internships, grants and awards for actors, directors, dramaturgs, playwrights, designers, stage managers and critics at both the regional and national levels.

Last year more than 1,300 productions were entered in the KCACTF involving more than 200,000 students nationwide.  By entering this production, our theater department is sharing in the KCACTF goals to recognize, reward, and celebrate the exemplary work produced in college and university theaters across the nation.