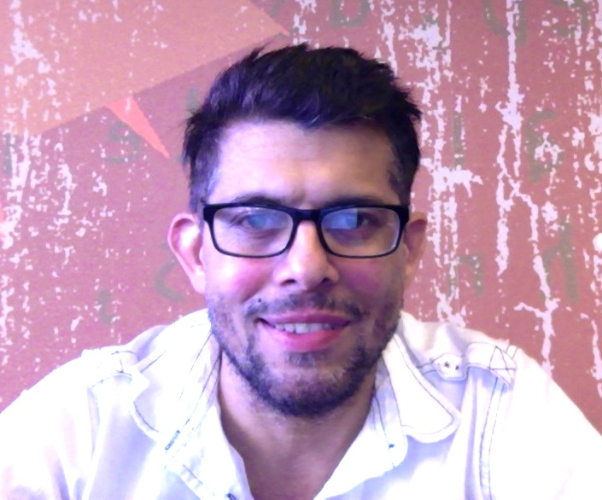 The author of Catherine’s Wheel, this year’s New Play Development Project Winner, Juan C. Sanchez, is thrilled to be working alongside the faculty and students of FIU Theatre Department.  As a playwright, he thinks that collaborating with a talented team is helpful and useful.  “Writing is a lonely process.  Once the writing is done, you have to recognize that the director, actors and design team all bring new dimensions to your work.  If you are able to allow the process to unfold, the finished product may not be what you started with or envisioned, but can be better”.  The team is currently getting ready for opening night by editing the script and working out any production issues that arise.

The idea for this play was conceived about three years ago but never completed.  When Juan was approached by Michael Yawney, who will be directing Catherine’s Wheel, he decided to bring the plot to fruition.  A great deal of quantum physics research went into this slightly supernatural work, a genre new to Juan, who tends to produce more realistic, grounded pieces.  He liked the idea of someone working with light every day, yet having no light in their life, it creates interesting juxtaposition in the story.

Juan Sanchez is a Cuban American playwright who has been living in Florida since age six.  He is a graduate of New World School of the Arts (Class of ’92), where he studied Theatre, and Florida State University (Class of ’89), where he majored in Theatre and English.  He is currently pursuing a certificate in Radio and Television Production from Miami Dade College.  Juan has been writing for the past ten years and has had plays produced in Miami, New York, Minneapolis and Los Angeles.  Some of his theatre credits include: Paradise Motel, commissioned by Miami Theatre Center as part of The Sandbox Series and developed by The Mangrove Creative Collective; Buck Fever (Terranova Collective, The Promethean Theatre, Carbonell nominee for Best New Work; and Red Tide, The Promethean Theatre, The Minnesota Fringe Festival, also nominated for a Carbonell in the category of Best New Work.  Additionally, he is a 2013 State of Florida Individual Artist Fellowship winner and a Miami-Dade Cultural Affairs Council Playwright’s Development Program grant award

The Theatre Department is honored to be collaborating with a talented, hard-working playwright like Juan and we hope that you will be equally as happy on opening night.