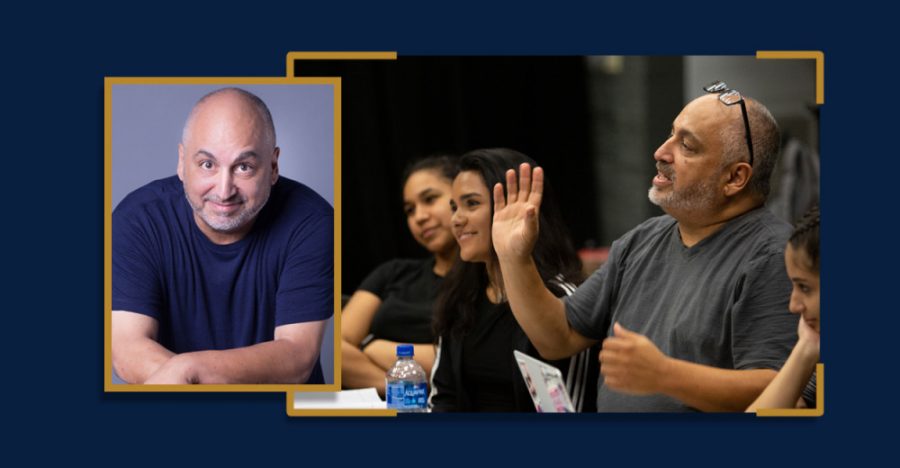 It is with great sadness that we inform you of the passing of Wayne E. Robinson, Jr., Associate Professor from FIU’s Department of Theatre. Professor Robinson passed away in his home in Pembroke Pines at the age of 60.

Wayne Robinson graduated from Northwestern University with a Bachelor of Science in Speech and Theatre in 1982. In 1993, he went on to receive a Master of Fine Arts in Acting from the National Theatre Conservatory in Denver, Colorado.

Professor Robinson first joined FIU in 1994 as an Associate Professor in the Department of Theatre where he received tenure in 2000. During his time at FIU, Professor Robinson chaired numerous committees and directed 27 theater productions for FIU Theatre including Gypsy, Twelfth Night, Glengarry Glen Ross, And Then There Were None, and Anna in the Tropics. In 2014, he was named the Head of the Performance Program.

Those who had the pleasure of knowing, working or learning from Professor Robinson described him as being “a bright light in FIU Theatre” and “adored by his students”. He was often the first face that students saw in the Department of Theatre as he conducted most of the department’s auditions for many years. His family, friends, colleagues and former students remember him fondly as “effortlessly optimistic, kindhearted and deeply devoted to his students’ success.” Many of his students often recalled him as the first person to believe in their theatre career.

Professor Robinson left an indelible mark in the hearts of those who knew him during his 26 years of service at FIU. He will be remembered for his dedicated service and profound impact on our FIU community. Robinson is survived by his sister, Liliana Robinson Graham, his brother-in-law Mark and their children as well as their extended family. A virtual celebration of his life will take place on Saturday, September 5th at 5pm. Click here for details on the celebration of life. Our thoughts and prayers are with his family, friends and colleagues during this difficult time.