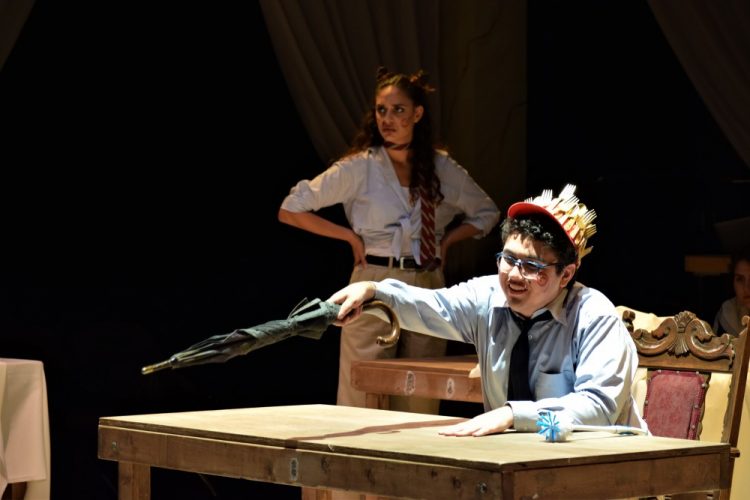 Ubu Rex premiered in Paris in 1896 and caused a riot after opening night forcing it to close after only one performance.

Alfred Jarry was only 23 years old when the play premiered, but he was a teenager when he began writing the play with some friends.

“It was written to humiliate a physics teacher and to revolt against everything the adult world was shoving down kid’s throats,” says Professor Michael Yawney who directed the FIU Theatre production, which opens tonight at the Wertheim Performing Arts Center. “It’s the embodiment of youthful rebellion.”

In a curtain speech before that first performance over a century ago, Jarry said “You are free to see in Ubu however many allusions you care to, or else a simple puppet – a school boy’s caricature of one of his professors who personified for him all the ugliness in the world.”

For Yawney, the play still rings true today. “Yes, the play was written over a hundred years ago, but its portrait of a self-pitying, narcissistic, greedy, truth-challenged leader for some reason seems relevant in 2017.”

In FIU Theatre’s production, the play is being put on by a group of high school students. “Because our students are so sophisticated, it seemed necessary to regress back a few years to truly feel the anger of idealistic youth towards a corrupt adult world,” said Yawney. 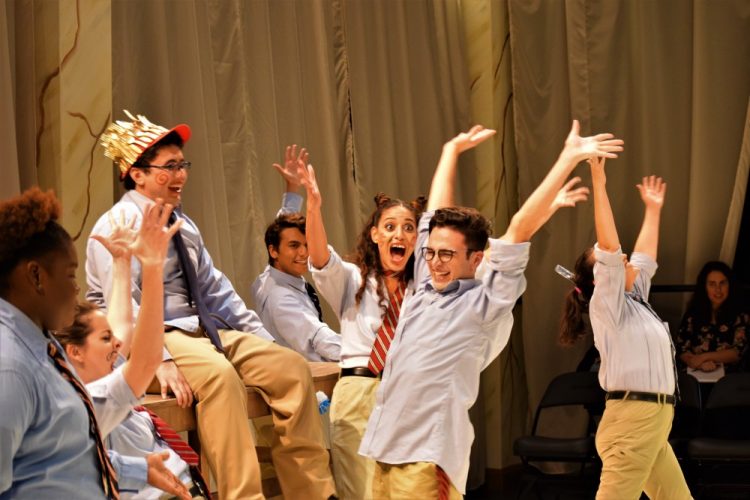 In order to capture the feel of order turning to chaos, scenic designer Apriah Williams designed the set as an upscale banquet hall.

“When the audience steps in, everything seems upscale. We wanted them to feel like they should expect something fancy. Then the play starts and everything gets destroyed and turns to chaos.”

For Williams, a junior BFA Design candidate, Ubu Rex is her first fully realized set. “It’s surreal to see the set finished and the actors running around on it. I remember making the model with the little tables and seeing it come to life makes all the hard work worth it.”

The sound design mirrors the disintegration of the set. “I wanted the music to change with the chaos of the play,” says Rachel Gil de Gibaja. “In the beginning it’s all small classical chamber pieces. Then it goes to free jazz with crazier compositions and less structure. Finally we end with some frenetic contemporary music. It’s not mainstream though because I’m a hipster.”

Gil de Gibaja is a junior BFA Performance candidate, but she was given the opportunity to try something different. “I thoroughly enjoyed it. In some ways its just like acting. I had to make strong choices and be confident with them.”

The play requires a lot of the ensemble of 14 actors. The pace of the play is frenetic with a lot of quick shifts to new scenes.

This is especially true for Pedro Urquia and Patricia Contreras, senior BFA Performance candidates who play Pa and Ma Ubu.

“Its very challenging,” says Contreras. “We have to hurt each other with our words and it can be tough keeping that connection between actors when we’re having to attack each other.”

“It’s an exhausting show, physically and emotionally,” adds Urquia. “There’s a lot of jumping around and being active. But its also like emotional Olympics going from one scene to the other with hundreds of highs and lows.”

Ubu Rex runs until October 15th. You can find more information and reserve your tickets at our website.