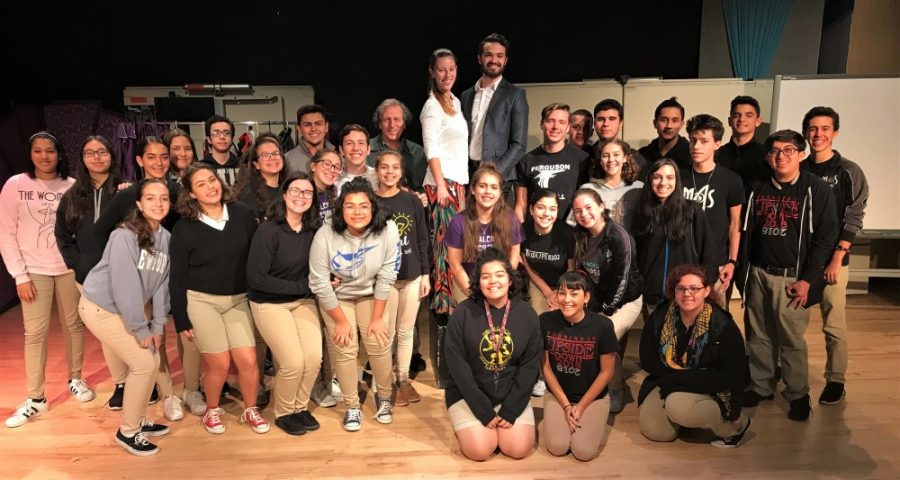 They performed a scene from FIU Theatre’s upcoming production of Brian Friel’s Dancing at Lughnasa, gave them a glimpse into the design and rehearsal process, and answered student’s questions.

“There is great value in this kind of outreach,” says Professor Church. “Rather than showing them a polished scene, the students were able to see something in process with actors still making discoveries. It was a great learning experience.”

The experience was also valuable for the actors. “Many of the initial choices we made in rehearsal started changing as we performed,” says Willis. “It became a very different scene with the audience there.”

The visit was part of a strong and on-going relationship between FIU and MAS. Every summer, FIU hosts a week-long summer camp for the incoming high school freshmen at the performing arts magnet. Their students are also invited guests to the final dress rehearsal for every FIU Theatre production.

“I remember being in my high school theatre class and having visitors from the FIU theatre department perform a scene from The Cherry Orchard,” says Ayala. “I was amazed at how these two actors played the scene with ease and I felt inspired to pursue acting further. It felt great to bring it full circle.”