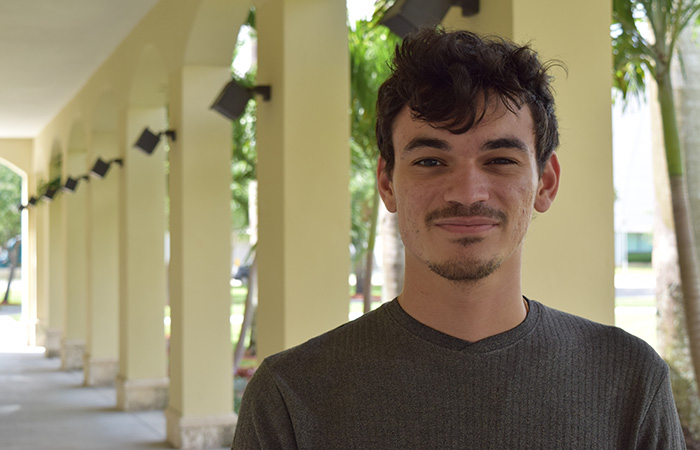 FIU Theatre BFA Design senior Mario Alonso is being honored with the national award for Outstanding Scenic Design at the Kennedy Center American College Theater Festival in Washington, D.C., April 18-22. His design for La Nona was selected among all of the invited productions presented at the eight regional festivals across the United States in February.

Alonso’s design will be displayed in the gallery, and he will have an opportunity to present his work, as well as attend master workshops and network with other industry professionals.

“I’m very excited. It’s a great honor to know that someone thought my work was good enough to be recognized at that level,” Alonso says. “It’s exciting that people at the festival will be able to see the amount of work I put into this set and be able to appreciate it.”

The road to D.C. was a long one. Alonso found out he would be designing the set in March of 2016 so he started off as any designer would – by reading the play.

“When I’m reading I try to visualize the world, but for me it’s very non-descript. Instead of seeing actual environments, I see shapes that tell the story to me. In this case I was seeing a lot of parallelograms and rhombuses with tight acute angles.”

Those shapes began taking form in the summer as production deadlines approached. Alonso then focused on the set’s architecture. The walls, beams, doors, and windows all had to be drafted and sizes and distances had to be determined. 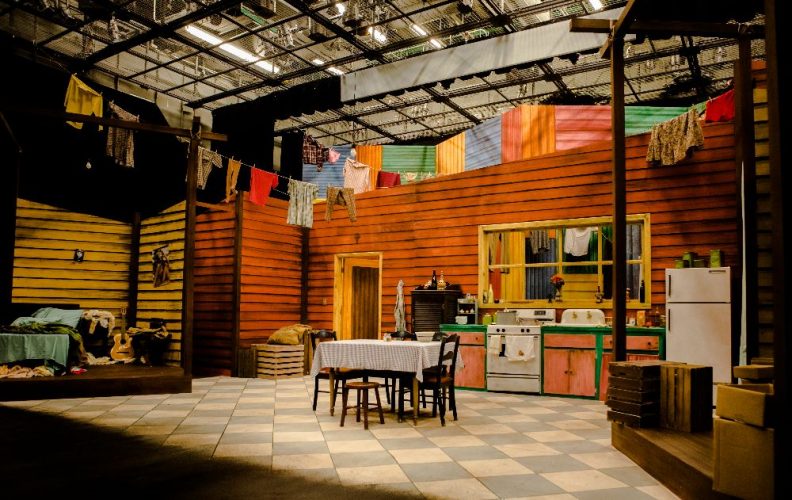 “During our production meetings the words deterioration and disintegration kept coming up. The set had to capture that.”

La Nona takes place in 1970s’ La Boca, a neighborhood of Buenos Aires, Argentina. La Boca is known for its bright and colorful buildings, but the characters in the play belong to the desperate working class few tourists see.

“There is a great disparity between the two ideas,” says Professor Tony Galaska, head of design for FIU Theatre. “There is an interplay between the energy of the colorful world he created and the darkness of the story. It provides a great contrast that served the play quite well.”

Working on the show came with its own set of challenges, and Alonso learned by facing them head on.

“I feel like I grew up with this show. Before this show I was hesitant to make decisions unless someone was there to okay it and tell me it was the right choice. I needed to stop doing that. I think now I’m capable of making choices and being able to stand by my decision.”

Galaska agrees. “Sometimes this business is about creativity on demand. You don’t have the freedom to keep exploring. At some point you just have to make a choice so the show can be ready for opening night.” 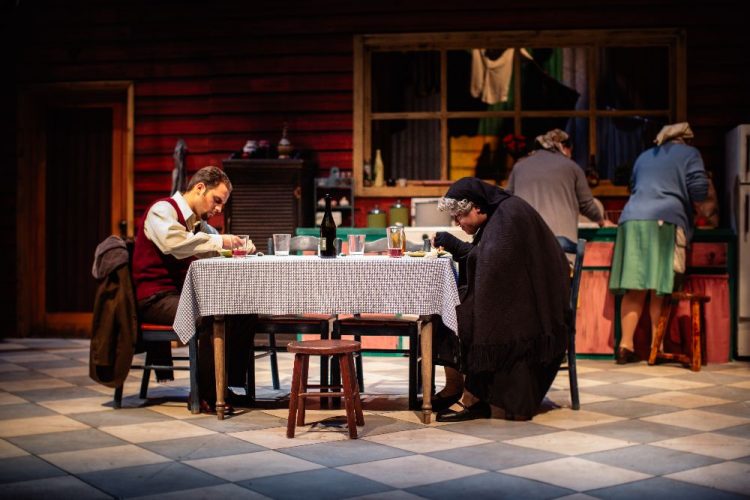 In February, FIU Theatre presented their production of La Nona at the KCACTF regional festival in Statesboro, Georgia. Alonso’s set was transported up to the festival in two moving trucks and built on the large stage at Georgia Southern University.

“After the set was up, I went into the house. I made it a point not to turn around until I got to the balcony. When I finally saw it, my first thought was ‘wow, it looks so tiny on that huge stage.’ But it really was surreal. That came out of my head and now it’s this concrete thing on that stage and over a thousand people are going to see it. That was exciting to me.”

During his time at FIU, Alonso had many opportunities to learn and grow not just in the classroom, but by designing for many of the department productions. Aside from his two scenic designs (La Nona and Kingdom City), he also had an opportunity to design lights (Rumors), sound (Juanita’s Statue, Two Gentlemen of Verona), and props (Little Shop of Horrors).

“His biggest strength is his creativity,” Galaska says. “Both of his scenic designs while at FIU were very creative and interesting, they weren’t just traditional box sets. They really reflected Mario’s own personal aesthetic.”

Alonso joined the theatre department as a lighting designer, but quickly started discovering a greater affinity towards scenic design.

“I think Mario is a great example of what is unique about our program,” says Galaska. “A lot of our students come in with a focus on one area and then end up discovering a passion for something else. It just ends up giving them a lot more tools for their toolbox.”

“I started making the connection that scenic design was a lot like writing,” says Alonso. “I was creating an environment in my head. That’s when it clicked for me. ‘I’ve found it.’”