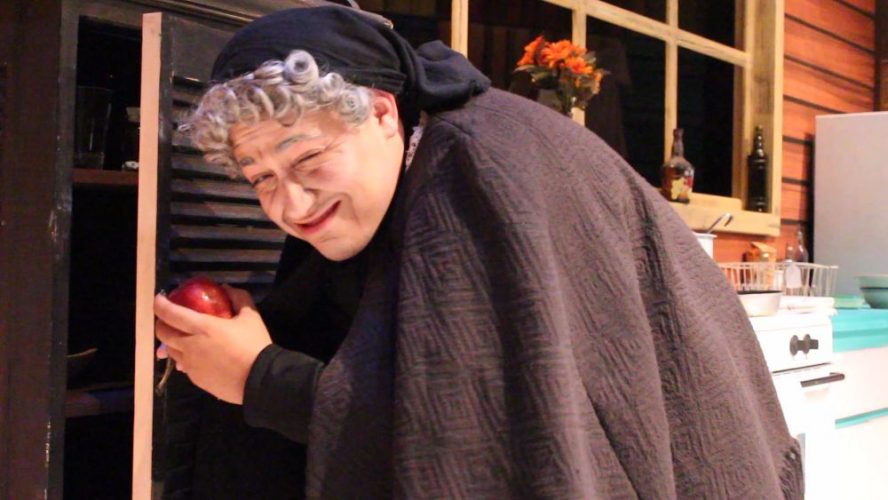 FIU Theatre kicks off its 42nd season with Roberto Cossa’s hilarious dark comedy La Nona – FIU’s first ever production entirely in Spanish (with English subtitles).  “One of the first things I noticed when I moved to Miami was the richness of the Hispanic culture,” said Joel Murray, Chair and Artistic Director of FIU Theatre.  “Our students live that richness at home and now they can bring it onto the stage.”

La Nona is one of the most popular modern South American comedies.  Nona is a hundred-year-old abuela with an insatiable appetite.  Her family is losing everything they own trying to satisfy her hunger.  When her artist grandson is forced to get a job, he decides to stop her constant gorging by any means necessary.

Director, Marina Pareja, has been at FIU Theatre for 18 years – as a student, staff member, and now on the full time faculty.  She was drawn to the play’s dark humor.  “I’ve always loved stories that revolve around big dysfunctional families….makes me feel right at home.”  Pareja, a native of Peru, is directing in Spanish for the first time.

Four of the seven student actors are also performing in Spanish for the first time.  Rosey Moreno, a senior BFA candidate has been surprised at how comfortable she feels performing in Spanish.  “Spanish is my first language, so acting in this play has brought me back to my childhood,” she said.  “I feel much more relaxed in the language I grew up with.”

The show opens Friday, September 23rd and runs two weekends through Sunday, October 2nd.  Sunday shows are at 2pm.  All other shows are at 8pm.  All shows are presented at the Wertheim Performing Arts Center.

FIU Theatre is giving away a couple of free tickets to the winner of their #nonahungry social media contest.  Anyone is invited to post their best #nonahungry photo or video on Instagram for a chance to win the tickets.  See the video below for inspiration.

Tickets may be purchased online at go.fiu.edu/nona.  Tickets are $15 for general admission, $12 for seniors and FIU faculty & staff, and $10 for FIU students.