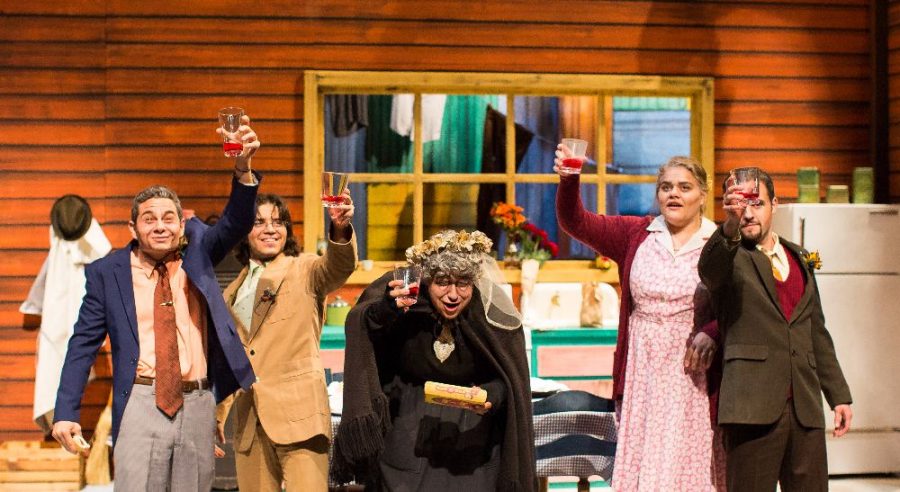 FIU Theatre hit the road with last semester’s production of La Nona, presenting it at the Region IV Kennedy Center American College Theater Festival (KCACTF) at Georgia Southern University in Statesboro, Georgia on February 9th.  La Nona was one of five productions invited to perform at this year’s festival which covers nine states in the Southern U.S.

The production made history as the first Spanish language play performed in the festival’s 49-year history.  “It was a great honor to be able to make history in this way,” said the show’s director, Marina Pareja.  “It was a celebration of the diversity of our region.”

La Nona is a dark comedy written by Argentine playwright, Roberto Cossa and centers around Nona – a hundred-year-old abuela with an insatiable appetite.  Her family is losing everything they own trying to satisfy her hunger and so they must stop her constant gorging by any means necessary.

Pareja wasn’t sure how the play would be received.  “I honestly had no expectations,” she said.  “I knew we would be performing the play for an audience that mostly didn’t speak Spanish and I wondered if they would be engaged.”

It didn’t take long for those fears to vanish as the audience of close to 1000 theatre students and faculty from around the region became engrossed by the play.  At the end of the performance, everyone rose to their feet for an enthusiastic standing ovation.

“This was an experience I will never forget,” said senior performance major Lovanni Gomez who played the title character of Nona.  “The audience’s energy was incredible and we were able to feed off of it.”

Remounting a production from last semester presented a unique set of challenges.  The cast had to come back together for ten additional rehearsals – while being deep in rehearsals for this semester’s shows.

Additionally, the show’s big set had to be transported up to the festival and built in under three hours.  The set (which consisted of 22 flats, 4 platforms, a full working kitchen, props, and costumes) was transported in two 26 foot trucks.  The entire FIU Theatre contingent of over 40 students had to work together to make it happen. 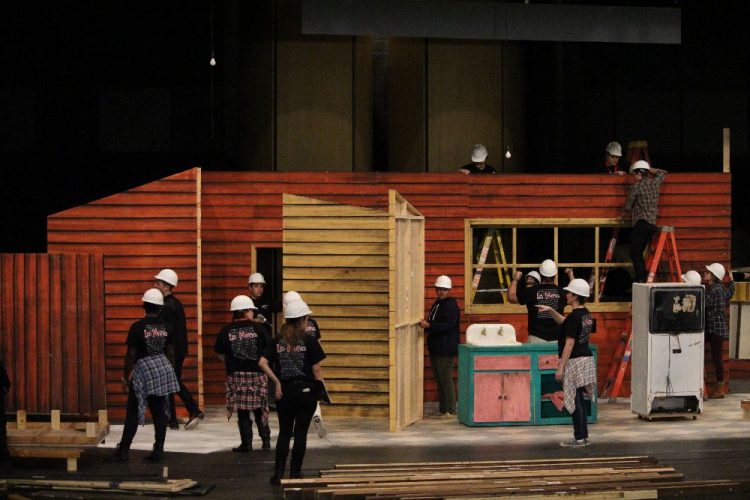 It was a process that was rehearsed several times back at FIU before having to execute it at the festival.  The contingent was so successful that FIU Theatre was awarded the Golden Hard Hat Award presented in recognition of outstanding organization, communication, and safety in the load-in/load-out of an invited production.

“It required a great team effort,” said Chris Goslin, the department’s Technical Director.  “The fact that everything went so smoothly is a testament to the dedication and focus of our students.” 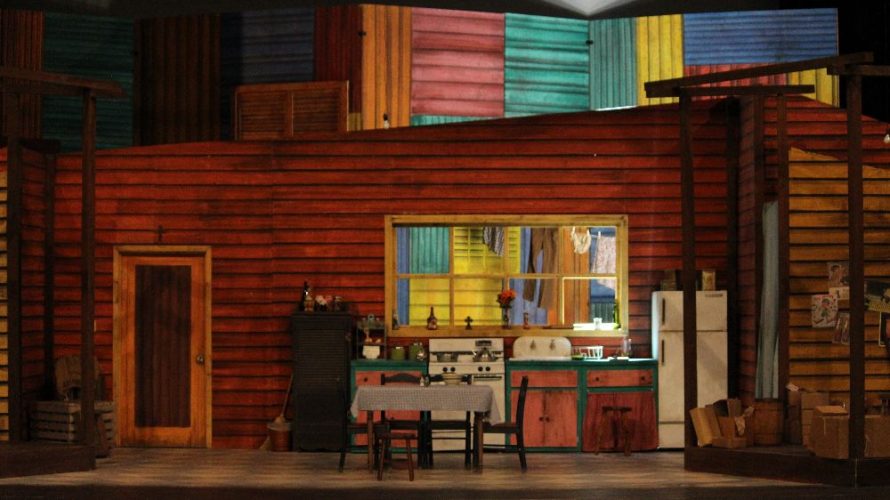