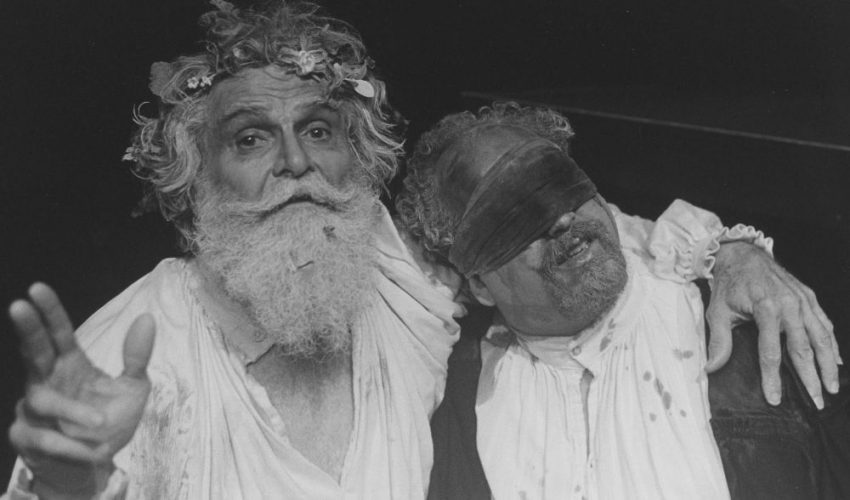 Dr. Therald Todd, retired faculty member and long-time chairperson of the Florida International University Department of Theatre passed away in Port Townsend, Washington last week at the age of 80.

Dr. Todd joined the FIU Theatre faculty in 1978 and served for 25 years before retiring in 2003.  He oversaw the creation of the department after it broke away from the Department of Performing Arts in 1985 and served as the department’s first chairperson – a role he would keep off and on for 13 years.

His love and respect for the theatre was evident to all those who worked with him.  “Therald was a shining beacon for the values and expectations of real theatre research and understanding,” said Phillip M. Church, Associate Professor of Theatre, “His all-around knowledge of the theatre was truly incredible.”

Dr. Todd directed 37 shows at FIU during his tenure.  Professor Marilyn Skow, retired faculty member and former Chairperson remembers many late night conversations while working on shows together.  “We always had great discussions on theatre history and the role of theatre in humanity.  I treasured those conversations.”

Others remember Dr. Todd as just an all-around good man.  Marianna Murray, FIU Theatre’s Office Coordinator was hired by Dr. Todd.  “I remember Therald as a very compassionate man with good values.  I always felt at ease with him,” she remembered.  “Every morning he would do a walkthrough of the entire building checking in with everyone with a smile on his face.  He had a way of making everyone feel welcomed.”

Many of his former students took to Facebook to reflect on Dr. Todd’s influence on them.

“He had an artistry for choosing the most eloquent scripts and a keen eye for casting them.  He worked us hard and taught us what it was to be an ensemble.”  Marlene Marcos (BFA, ’96)

“Therald was an incredible teacher and when he spoke to me and his other students, he was always respectful and wise.  He gave me a lot of faith in myself.”  Melissa Almaguer (BFA, ’05)

“I saw Therald as part artist, part academic, part visionary, part Big Papa, and all heart.  He demanded the best from us and gave the best of himself.”  Danny Pino (BFA, ’96)