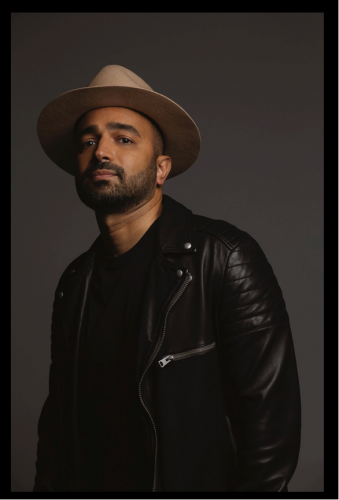 FIU Theatre alumnus and director Andy Señor Jr. ’13 created the Señor Family Scholarship fund to support young performers at his alma mater, who exhibit a great deal of promise and talent as Performance Majors in the Musical Theatre program.

Born and raised in Miami, Florida, by a family that worked professionally in the Latin entertainment industry, Señor grew up surrounded by legends of Latin music.

Señor made his professional debut in the Tony award-winning musical “Rent” as Angel, playing the role on Broadway, London’s West End, and in U.S. national and international tours. Later, he became the assistant director to Michael Greif on the “Rent” revival Off Broadway and went on to re-stage the production in Tokyo, Japan, and a historic production in Havana, Cuba.

His professional career has also led him to participate in the Broadway production of Emilio and Gloria Estefan’s “On Your Feet” as the associate director. While in Cuba, Señor captured his efforts to stage the historic “Rent” production in the new documentary film, “Revolution Rent,” which will debut on HBO and be available to stream on HBO Max on June 15, 2021.

Musical theatre has been very close to Señor’s heart nearly his entire life. He credits his passion to what he learned from very talented people, mentors, school and, of course, on stage. Señor can still remember what it’s like to be a new performer — feeling lost and sometimes ready to give up while working tirelessly to fulfill your dreams. Despite his low GPA and test scores, FIU Theatre awarded him a scholarship and supported him while he completed his degree – and with that support, he has attained great success in his career.

Now, with more than 20 years of experience, Señor would like to pay it forward by providing young FIU performers with the opportunity he received as a student, so they may succeed despite any financial hardship.

To learn more or contribute to the fund, visit go.fiu.edu/senor

PrevPrevious StoryCongratulations Spring 2021 graduates!
Next StoryPhillip Church Announces 2021-22 Will Be His Final Year at FIUNext