Directed by Heidi Miami Marshall (The Addams Family associate director) with music direction by Tony Award winner Alex Lacamoire (In the Heights), the show is conceived by Andy Señor Jr., artistic director and founder of the District Stage Company. 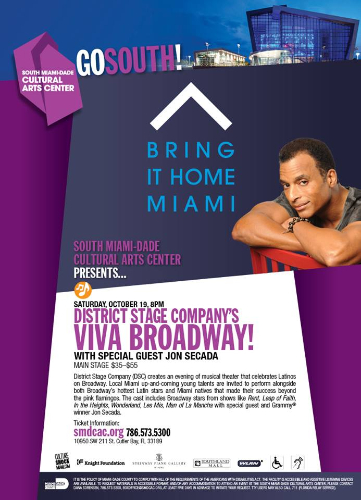 A note from Andy Señor, Jr.:

“Viva Broadway isn’t only a celebration of Broadway, but a celebration of our community as Hispanic theatre artists. Being able to be here in Miami, onstage with some of my childhood friends and long time collaborators is a dream come true. And performing with this top notch group of high school students brings it all full circle.” 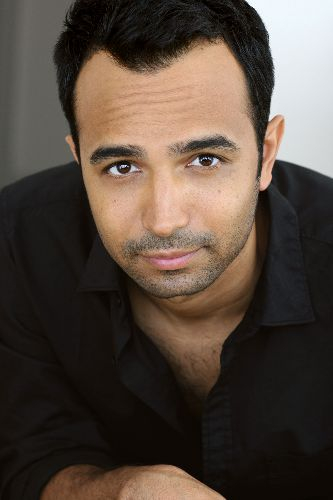 “Viva Broadway is the kick off event for District Stage Company. It has a … 17 piece orchestra, a couple of Tony Award winners, 14 exceptional high school students and LOTS of heart!
This event, unlike the cabarets, is on the MainStage which holds 900 people.We are going to bring the house down Latin style!”

Come out to see this great event featuring our FIU Alumni and Grammy Award winner Secada! Tickets for Broadway Viva are $35-$55, $100 for VIP (which includes a post-show cocktail with the cast) and can be purchased by visiting smdcac.org or calling the Box Office at 786-573-5300. The South Miami-Dade Cultural Arts Center is located at 10950 SW 211 Street, Cutler Bay, FL. 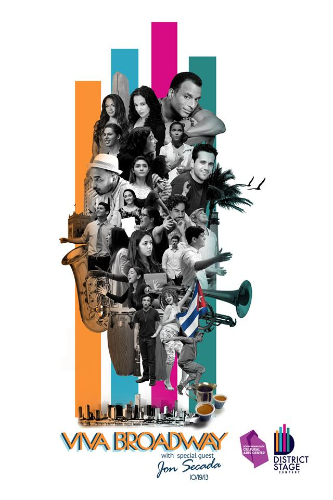 We are a collective group of professional artists committed to nurturing and developing the Performing Arts in South Florida.

In March 2013, Andy Señor, Jr., Janet Dacal, and others visited FIU for an Inside Scoop: Broadway Edition – read about it here.