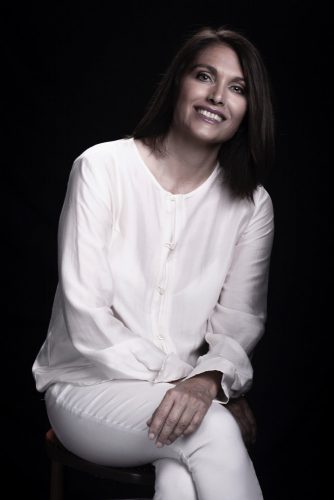 Nenni Delmestre is a very proud FIU alumna that has always had an exuberant passion for the arts and theatre. Since graduating from FIU in 1984, Nenni has gone on to accomplish many things and receive many accolades in the theatre across the world, especially in Europe. To date, one of her most prized accomplishments is receiving the “National Medal for 2016. – The Order of Danica Hrvatska for Culture- Marko Marulić” given by the President of Croatia-Kolinda, Grabar Kitarović, for exceptional contribution in culture and its national and international promotion.

Degree Earned and Year Graduated: Bachelor of Science in Communications Technology ’81 and Bachelor of Fine Arts in Theatre ’84

How has FIU helped you get to where you are today in your career?
Besides the obvious, through my education, but also the whole international ambiance at FIU helped me broaden my views by exposing me to different cultures and making friends with people from all continents.

What path did you take to attain your current career?
After my graduation, I made my first steps at the Coconut Grove Playhouse (CGP) where I worked as an intern, collaborating with Jose Ferrer. It was an incredible experience, learning about the director’s approach to acting from a double Oscar winner. I was lucky we became friends and that Mr. Ferrer became my advisor and mentor. Later that collaboration extended to his son, Miguel Ferrer, who also directed in CGP, and who also taught me a lot. Upon my return to my hometown (Split, Croatia), I was given an opportunity to direct my first professional production (‘Night Mother by Marsha Norman) in a small theatre, but with two of the best actresses at the time. The play had great success – it received very good reviews and that practically opened for me the doors of the Croatian National Theatre in Split.

Tell us more about your work as Director for the Croatian National Theatre.
I started to direct in CNT-Split in 1987 (Sam Shepard’s Fool for Love), and so far I’ve directed 32 productions for this company. I was a freelancer until 1997 when the management of CNT-Split offered me the position of resident director which I still hold to this day. CNT has given me the flexibility to also direct other companies in Croatia and abroad; like the Slovenian National Theatres, Venezuelan National Youth Theatre, Drama theatres in Macedonia, Italy, Mexico, etc. Even though I also work in other theaters and in different countries, it has been a great opportunity to have at CNT-Split; a company of actors with whom I have a continuity of work, investigating styles and techniques, and exploring new readings and ideas. I was also CNT’s artistic director in the period from 2002-2004 and that job gave me the opportunity to make a repertoire which I thought would further raise the quality of our work.

What has been the coolest thing about your job so far?
Many things that happened in this 33-year span of my career have been great, but the coolest thing is that feeling that no matter in which continent, in what language, with which company I work, I always feel at home in the theatre. That passion that unites the entire production team, and a feeling that we are at that moment doing “the most important thing in the world” has never left me and its priceless.

What does a typical day for you look like?
If I am in pre-production, then it’s a lot of reading, meeting with collaborators, and brainstorming. Also, I take at least an hour a day to walk in silence and let nature clear my mind and give me another perspective. If I am in rehearsals, it takes up a lot of time, usually twice a day and there’s no chance for much else, except stealing time for a bit of “real life.”

How does your job connect back to your coursework?
All the theory courses I took were very important, of course. But I think that being involved in the productions the professors were doing at FIU was essential. In those productions, I learned from the philosophical and theoretical analysis of the play, to folding cables, and hammering nails into scenography. Those student productions were our first peek into the world of theatre.

Were there any classes or professors that influenced where you are today?
I think my generation (1984) had some very good professors: Therald Todd, Phillip Church (great that he’s still at FIU) and Marilyn Skow. Professor Todd always asked us to go deeper into reasons for the choices we made, Professor Church taught us techniques but also provoked and challenged us intellectually which is essential in our profession, and Professor Skow gave us a lot of practical knowledge.

What advice do you have for students interested in a career in theatre?
Always think big! Don’t let the current obstacles stop you. Even when you work with very small resources find strength in your imagination and creativity. If your passion and love for theatre are strong, follow that path because you’ll have enormous personal satisfaction. If you decide to take another path, everything you’ve learned in theatre will be worth it, because it will enrich you as a human being.