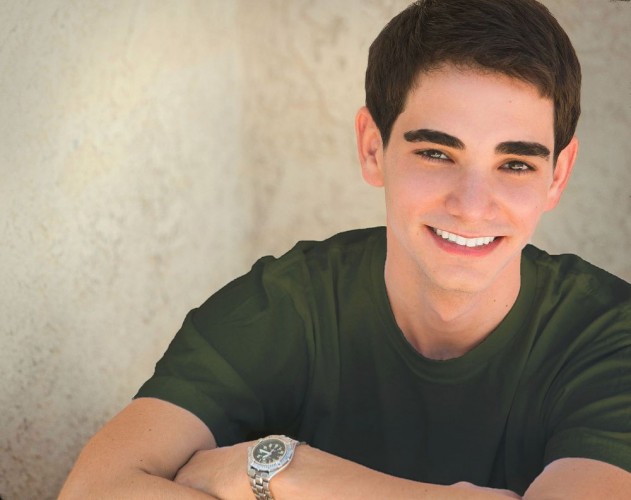 Jason Caceres graduated from FIU in 2013 with a vision of becoming a first-generation Cuban American actor in Los Angeles. Slowly but surely, that vision, through education, diligence of craft and hard work, is paying off! He can be seen in a web series called “How to Survive High School” on Eva Gutowski’s channel, which has reached an estimated 4 million subscribers and almost 2 million views since the first episode aired recently in September. In the web series, he plays an openly gay, Hispanic freshman student. Below are a few links for the web series, for your viewing pleasure.

He is also costarring in a play opening September 18th at the Los Angeles LGBT Center called “Hit The Wall,” which is about the legendary Stonewall Riots in 1969 and has been featured on Broadway World. In “Hit The Wall,” he plays a young gay teenager who slowly comes to terms with his sexuality and finds his own purpose in the history of gay rights and life.

Since moving to Los Angeles, Jason has been seen on numerous network commercials including Topps: Baseball Cards, DIFF: LA, Curacao: World Cup, Bullet Liner, and XXL Sports, to name a few. Most recently, he has be seen on a fun AT&T Comic Con Commercial.

His many TV credits include supporting roles on “Murder Book,” “Unusual Suspects,” “Blood Relatives,” “Sex Sent Me to the ER,” and “America’s Most Wanted,” among others. Jason has also made waves in the film world starring in shorts: “The Restoration” as “Theo,” “Truth or Dare” as “Cory,” and “To: Mi Amor” as “Hector.” Lastly, Caceres also has a recurring role on the LGBT web series “Where The Bears Are,” which also premiered in September.

Jason Caceres was born to a loving Cuban-American family in South Florida. He is the younger of two children. Growing up, he had the opportunity to be involved with the Boy Scouts of America. It was here where he learned valuable skills such as horseback riding, camping, and archery. He later went on to compete with his High School Varsity teams in Swimming and Water Polo, eventually placing in the Florida Swimming Pool Association Competition. Jason was artistically inclined from an early age. He became a published author at the age of fifteen when published in the “Anthology of Poetry by Young Americans” for two years in a row. He has also been very fortunate to have had his artwork displayed at local museums in Miami.

He attributes most of his early success to openly gay singer/songwriter Steve Grand who gave Jason his first leading role opportunity in music video “Back to California.”

However, for those who have known Jason, they realized that he is a very talented and ambitious young actor determined to continually improve his acting craft and make a difference.

“It does not surprise me in the least that Jason is moving ahead with his screen career,” said Phillip M. Church (External Engagement, Department of Theatre, FIU College of Architecture + the Arts). “He was dedicated to this objective from the very beginning with his work in ‘Acting/Directing for TV/Film’ and with the independent video projects he created while at FIU. Someone with Jason’s flare for entrepreneurial initiative is certain to get ahead in the world. It is great to see him being recognized for his tenacity and talent.”

Remember the name Jason Caceres, because his ascent in Hollywood has only just begun!

To find out more about Jason please visit: www.JasonCaceres.com