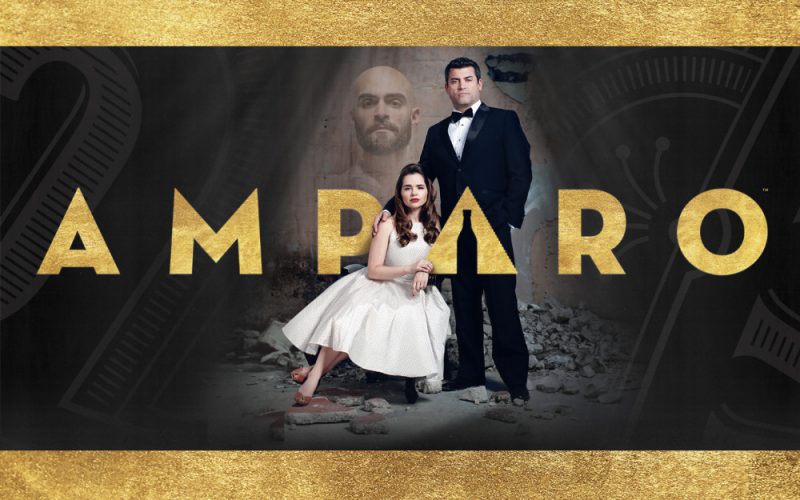 It’s New Year’s Eve 1957 and you walk into a rocking Club Náutico in Varadero, Cuba. A server hands you a drink as you join the crowded dance floor, moving to the irresistible sounds of the live band. Suddenly, the revelry is interrupted by whispers spreading throughout the club – Fidel Castro’s revolutionaries are in the mountains and everything is about to change.

AMPARO, an immersive theatrical experience which officially opened last week in Miami, takes you back in time over 60 years ago and puts you right in the center of the action as the Cuban Revolution shakes the island.

AMPARO tells the story of the Arrechabala family, founders of Havana Club Rum, whose company was seized at gunpoint by Cuban revolutionaries. The story, written by Vanessa Garcia, is told in an immersive and interactive style, where the audience is constantly on the move and the story unfolds around them.

The audience is divided into five tracks, each guided by a different character in the story. Although everyone experiences the main spine of the story, there are points where the story breaks off into separate streams and you follow one of the characters to get a little deeper into their story before eventually being guided back to the main story.

“You’re approaching major points in the Arrechabala story from many different perspectives,” says Collado. “The story breaks off and comes back together many times.”

The ensemble cast guides you through the meticulously designed rooms of the converted villa in Downtown Miami. You walk through a door and suddenly you’re transported to a different time and place in the story.

Bertha Leal (who plays the title character) describes that connection with the audience as a very personal one.

“There’s no separation with the audience,” she says. “we’re right there with you, sometimes speaking right to one person. It’s very intimate.”

For Collado and Garcia, there is power in that kind of personal connection with an audience. They started their company, Abre Camino Collective, with a mission of “radical storytelling.”

The two met in 2015 and instantly felt a tight bond, each recognizing their “artistic soulmate” in the other. When Garcia was hired by Bacardi to tell the Arrechabala story, she brought on Collado as her creative partner.

The initial idea was only supposed to be a 20 minute vignette in a bar and became two 90 minute theatrical pilots in Miami and New York. Broadway Factor then joined them as producers and they launched their full theatrical run.

“It’s a beautiful relationship,” says Garcia. “There’s a freedom to saying we’re committed to telling these stories together. She has the final say in directing and I have the final say in writing, but we’re constantly crossing those roles and drawing inspiration from each other.”

They also drew great inspiration from the cast. The vast majority of the performers have their family roots in Cuba. As they began working on the show, they started having conversations with their own families and unlocked stories they had never heard before. Some of those stories then connected with their character and found their way into the show.

For Melissa Ann Hubicsak, discovering her own family’s story was an impactful experience. She was able to name her character Edna, after the Cuban grandmother she never met.

“The only thing my mother had left from her mother was a ring, and they took it from her at the airport,” says Hubicsak. “I also found out that my uncle was in prison for seven years and tortured. I never knew that until I started doing this play.”

The cast documented their stories along with old family photographs on Abre Camino Collective’s Instagram (@abrecaminocollective).

Collado and Garcia recognize that the play could be a cathartic experience for the Cubans who lived through the Revolution and their families who have inherited the pain.

“Cuban people have gone through trauma, but we’ve never actually called it trauma,” says Collado. “This play can be a bridging moment where everybody who’s been screaming about this for 60 years can actually be heard.”

“In order to heal, you have to enter the wound, that’s where the pain is,” says Garcia. “What we’re doing is saying ‘okay, you can go back there, and when you go back there, no one is going to laugh at you.’ In fact, other people are going to hear it for the first time and understand where it’s coming from. I think there’s healing in that.”