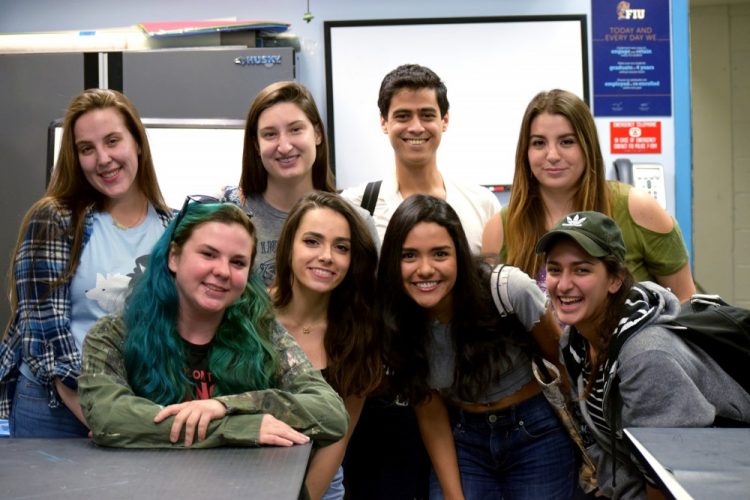 Last week, four alumni visited FIU Theatre classes for Panther Alumni Week. The alums spoke about what they’ve accomplished since graduating and the many ways FIU helped them get to where they are now.

On Tuesday, Carlos Fueyo visited the Acting VI, Introduction to TV/Film Acting class. Fueyo is an alumnus of the FIU School of Architecture and is currently Creative Director & Owner of Playard Studios in Miami Beach. He has worked on many projects as a Visual Effects Supervisor and CG Supervisor. Fueyo has worked on movies such as the Avengers, Independence Day, Super 8, and more. 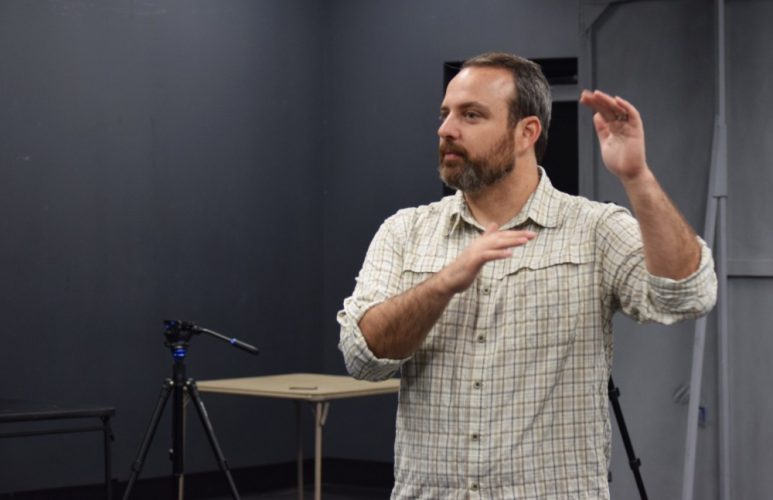 During his visit, Fueyo talked about how the transition from architecture to working in film was seamless for him, thanks to his love of design and his passion for learning new software. Students asked him questions about what working for the film industry was like and where he believes the industry is headed.

Next up was Victoria Collado who visited FIU Theatre for the first time since directing A Very Old Man with Enormous Wings last Fall. Collado recently launched the Abre Camino Collective, an experiential, interdisciplinary theater arts company.  She is currently working on directing the immersive theatre piece, AMPARO, written by her Abre Camino partner Vanessa Garcia, in partnership with Havana Club by Bacardi. Other directing credits include Uncle Vanya, Rabiosa, Coriolanus, The Colony, and more. She also assistant directed John Leguizamo’s Latin History For Morons on Broadway. 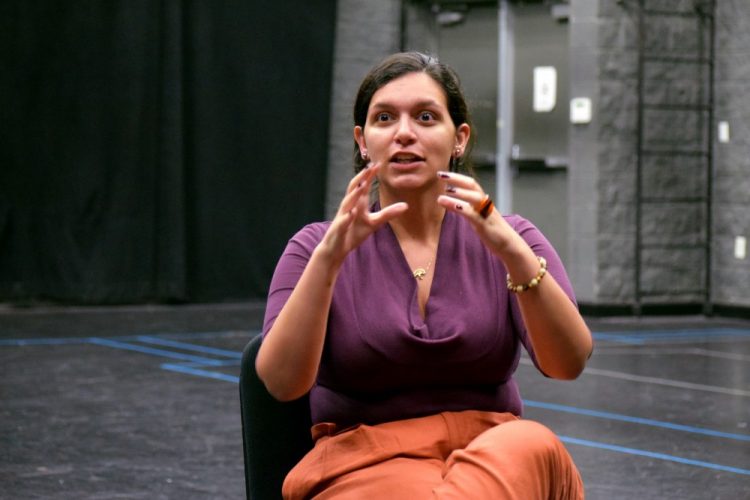 Collado’s area of expertise? The new play development process. She shared with the students from the Modern Dramatic Literature class what it’s like to direct material that has never been produced before. Professor Michael Yawney joined her during the discussion.

Rachel Gil de Gibaja, a BFA Acting Senior, said she enjoyed hearing from someone “young and in touch with what’s currently going on in the theatre scene. I didn’t know there was such a collaboration between new playwrights and new directors. It was really exciting.” 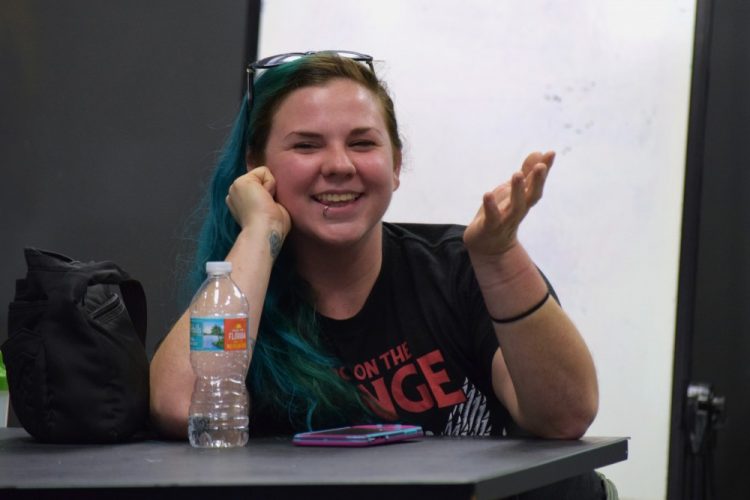 During her visit, Sparhawk noticed that her lighting design for Ruby Sunrise was still displayed on the wall of the design studio. With joy, she described her own design process and explained to the students how her design work at FIU Theatre helped fuel her love for set construction, which she primarily does now at Actors’ Playhouse.

Finally, on Friday, Zack Myers paid a visit to the Intro to Design class. Myers’ most recent credits are Antigone with Miami New Drama and The Curious Incident of the Dog in the Nighttime with Zoetic Stage. He is currently preparing to relocate to Minneapolis where he was named Best Actor by Minneapolis’ City Pages in their Best of the Twin Cities 2018. 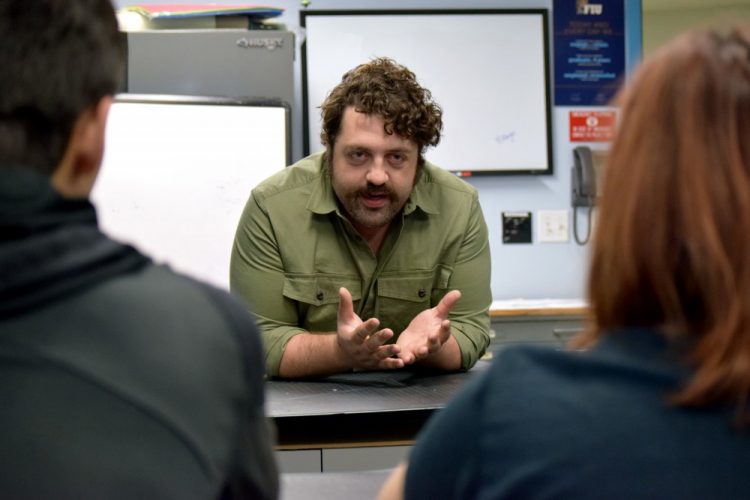 Myers has been working in theatre non-stop since graduating. “I made it a goal of mine,” he explained to the class. “Whether it was acting or working backstage or constructing something, I didn’t want to do anything that wasn’t theatre. Theatres need help with regular jobs that they can ask anyone to help them with. Why can’t it be me? And that’s a great way to get your foot through the door.”

Myers continued by emphasizing how his own Intro to Design class taught him all the design tools that would eventually help him keep himself afloat by only taking on theatre jobs.