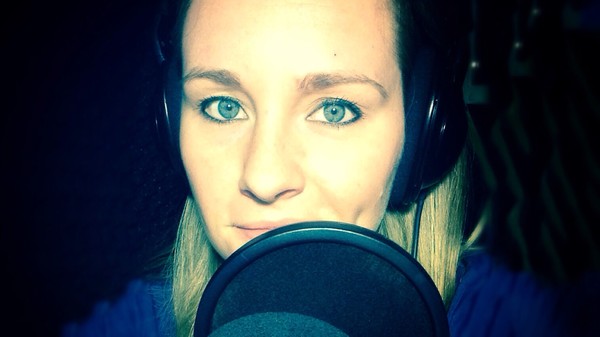 Sarah Bartels ’10 is currently in Colorado working as a Producer and Casting Director for a short film entitled Two Secrets. This is Sarah’s first major film project since earning her BA in Theatre. As Casting Director, her duties include reading the script and collaborating with the director and other producers to create breakdown notices (brief descriptions of the physical attributes, skills, and experience sought in actors to portray particular characters.) She is also responsible for selecting the actors, scheduling auditions, and managing rehearsals. This job is new to Sarah and she has learned that a great deal of flexibility is required because of the long hours, necessary travel, and last minute surprises. Her strong interpersonal and communication skills have certainly been an asset in dealing with the plethora of different personalities she has encountered since the inception of Two Secrets.

Sarah is driven by this project because of the professional credit it awards her but also for personal reasons. This film is based on the true story of her partner, Alison Dolan, and she wants it to be portrayed well. Alison was abandoned shortly after birth, with her umbilical cord still attached, on the wintery streets of New York. She was found in a beer crate by two teenagers and taken to a hospital and was later adopted by a loving family. She has never been able to find any information about her birth mother. The film Two Secrets is told from the perspective of twelve year old Janey, played by Cassidy Mack. As the title suggests, there are two secrets: the story of Janey’s abandonment, which is kept from her, and a secret that she is keeping from everyone else.

South Florida’s Grammy nominated and Latin Grammy winning record producer, engineer, and mixer Charles Dye is the writer and director of the film. It is his hope to drum up enough interest and funding/investors from this short film to produce a feature film about Alison Dolan’s life in the future. Jay Riggs, founder and Executive Director of the national charity Will Play for Food, is also a producer. Other members of the team include script co-writer Meryem Ersoz, one of Colorado’s top film producers, internationally known photographer Laffrey Witbrod as Director of Photography, guest artist Alexx Calise, and many others. It is also noteworthy that the costume designer for Two Secrets is FIU Theatre alumnus Giovanni Valazquez (Class of ’11.) Once filming in Colorado is done, the team will begin working on making Two Secrets Oscar eligible for film festivals.

Sarah is very excited and a little nervous about this project. She says, “this is a huge responsibility for me professionally and of course I want it to be a great success. At the same time, if we make a feature film, my life will be included in it and that’s a little nerve wracking!” She recently came to the Theatre Department seeking advice from Department Chair Phillip Church and Head of Performance Wayne E. Robinson Jr. She talks a bit about her experience as an FIU Theatre student. “In addition to taking Phillips’s classes, I worked as his Assistant Director on The Cherry Orchard. That experience helped me to grow and boosted my confidence a lot. He basically handed me the reins on Tech Weekend because he could not be here and I really appreciated his trust in me. I felt that I was really part of the production. I wanted to get Wayne’s advice on working with the actors and things I could do with them, since they are quite young. He was always helpful as a professor.”

We wish Sarah and entire team working on Two Secrets the greatest success.