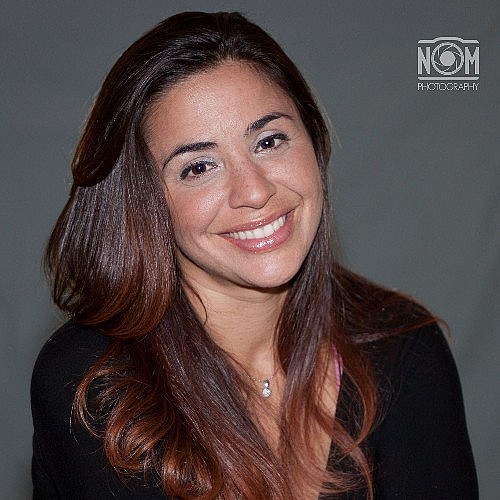 CARTA grads Ozzie and Nicole Quintana have been married for the past fourteen years.  They have two sons, both of whom are aspiring performers.  Twelve year old Nicholas is interested in writing and has performed improv alongside his dad, while nine year old Anthony is a budding tap dancer.  Both parents are pleased about this shared family passion, as Nicole and Ozzie are successful drama teachers. The couple is deeply connected to the local theatre scene; Nicole has discovered that her passion is directing and is in the process of establishing her own theatre company, Art On, while Ozzie has been the backbone of a local improvisation troupe, IMPROMEDY, which was started right here at FIU in 1997.

Nicole Quintana graduated from FIU in 2001 with a BFA in Scenic Design.  The trajectory of her career changed from Performance to Scenic Design in the blink of an eye, according to her; “I never knew I could paint or draw or had any talent for scenic design until I took an introductory design class and my professor encouraged me to follow that path.”  This change allowed her the flexibility of being able to perform on stage while pursuing a technical degree.

Upon graduation, Nicole worked at The Juggerknot Theatre Company as their resident Set Designer for two years before applying for a job as a high school drama teacher; “I became a teacher because the opportunity presented itself, then I found that I was good at it.  It makes me happy and is a continuously rewarding experience.” Currently, she is a drama teacher at Coral Reef Senior High School’s Magnet Program. In addition to teaching for the last fourteen years, she has been working professionally as a set designer, director and performer. Some of her scenic design credits include The Taming of the Shrew, Equus, The Mission, Raised in Captivity, A Streetcar Named Desire, Winter (Set Designer and the role of Sophie) and Not Ready for Prime Time (written by former FIU Alum Charles Sothers and current FIU Theatre Student Eric Rodriguez). Her most recent design for New Theatre is 12 Angry Men, opening at the South Miami Dade Cultural Arts Center this February 2015. Her performance credits include the dual roles of Magdalena and Amelia in the 2013 World Premier of My First, My Fist, My Bleeding Seeded Spirit by Megan Breen for NEW Theatre 2013-2014 Season. She was also cast as Susan Blackwell in the hit musical Title of Show, at the Roxy Theatre (2010 & 2013). She has been performing for IMPROMEDY since its inception and continues to appear in shows at Artistic Vibes and Roxy Performing Arts Center. 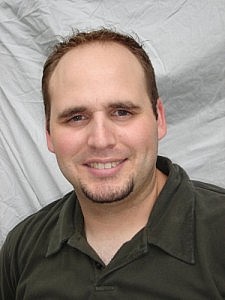 Ozzie Quintana graduated from FIU in 2000 with a BFA Performance degree. Shortly after graduation Ozzie went to work full time for Actor’s Playhouse as their resident Sound Engineer. In 2002 he became the High School Drama Teacher at Southridge Senior High. He has continued to work in sound and performance in the Miami theatre scene and has many credits to his name, some of which are Blind Date, Barrio Hollywood, Into the Mist and  A Streetcar Named Desire. Most of his energy and talent has been poured into IMPROMEDY. The troupe began as sketch comedy and has since spread out to short form and long form improvisation. Ozzie has traveled all over North America participating in such Improv festivals as the Miami Improv Fest, the Gainesville Improv Fest, New York’s Del Close Festival, the Rhode Island Improv Fest, and the Toronto Improv Festival. While he enjoyed the last eighteen years working in improv, Ozzie recently decided to dissolve the troup due to the time commitment, and has been delving into podcasts, guest star roles in other improv troupes, and writing. Ozzie currently works as a drama teacher at Felix Varela Senior High, where he shapes future theatre professionals.

The Department of Theatre is very proud of the Quintana family and wishes them continued success.