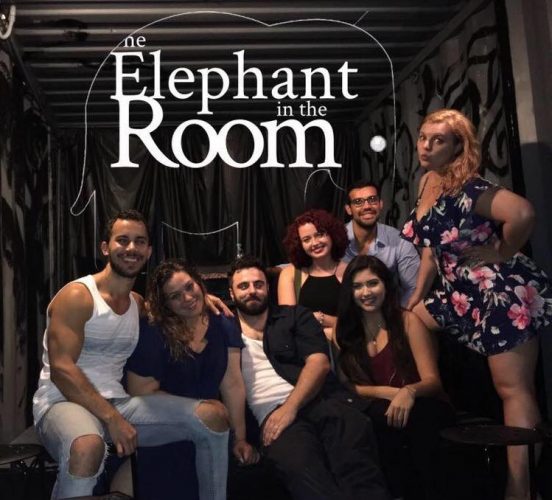 FIU Theatre alums Anderson Freitas (’17, BFA) and Rei Capote (’14, BA) star in The Elephant in the Room this weekend at Microtheatre in Downtown Miami.

The Elephant in the Room, written by Michael Kingston and directed by Carlos Villar, tracks a married couple during three turning points in their lives. It’s a dramedy about the complexities of relationships, loyalty, love, and whether some elephants in the room are better left alone.

The short play is in its final weekend of a four week run at Microtheatre – Miami’s innovative short play venue with a variety of performances in cargo containers.

For Freitas, who graduated this summer, this is his first acting role outside of FIU. He has worked opposite three different actresses during the run, an experience he finds great value in.

“Every actress brings something different to the role,” Freitas said. “It makes every performance new and it has forced me to really listen to my scene partner. It keeps everything alive because the action is always changing.”

The Elephant in the Room runs Thursday through Sunday, eight times a night between 8pm and 11:45pm and costs only $5. Microtheatre has other short plays being offered in seven different cargo containers. You can select which plays you’d like to see and pay only for what you watch. Between shows, you can get a drink and mingle in the outdoor patio.

When? This weekend, August 31-September 3. Eight performances between 8pm-Midnight, show up any time.

Cost? $5 per play. Or use this Groupon deal for Thursday or Sunday: 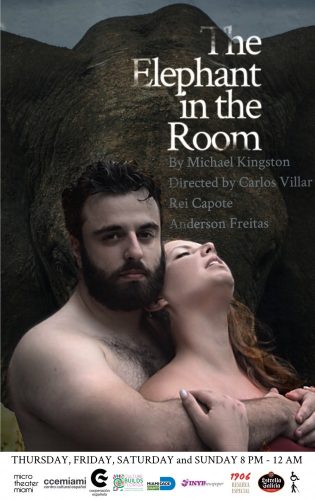 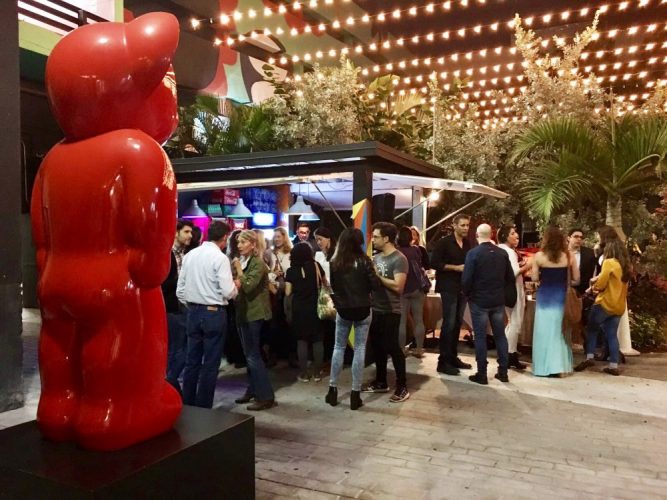