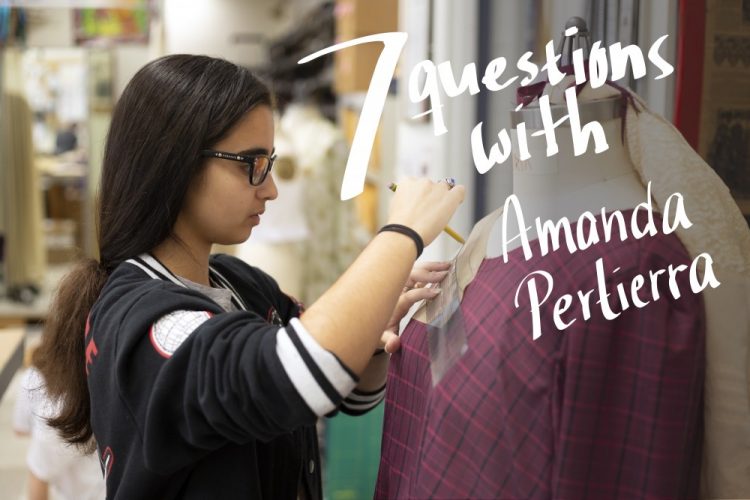 Miami native, Amanda Pertierra is a tiny girl with an enormous amount of talent. Pertierra, an avid lover of Disney, Harry Potter, and Star Wars, is currently costume designing The Suicide. We were able to sit down with her in between costume fittings to get to know her better and what she was most excited about for the upcoming show.

1. What got you into costume designing?

I started doing theatre in middle school and it was a lot of fun. At first I wanted to do acting, but when I got to high school I wanted to try costuming for competitions. I kept doing really well and I loved drawing my renderings. And then I kept getting awards at competitions so I thought, “Hey! I’m pretty good at this,” and just kept going with that.

When I’m drawing, I probably put on either Disney songs or Broadway songs. That type of music just makes me feel really happy and makes me love what I’m doing even more.

3. What’s the most challenging part about costume designing The Suicide?

There’s a lot of characters so I had to really think about making each one different from the other to show their distinct personalities. Also researching to make sure that it is accurate to the time period. Finding research was difficult because this is Russian fashion, not American fashion, so it’s different from what 1920s fashion was here.

4. Which Star Wars character would you most like to have dinner with?

Han Solo. I love his personality. I would probably take him to a bar, because that’s where he would be, and I would love to ask him about what he did before meeting Luke. Chewy would show up too, of course.

5. What is your dream project?

I want to design a costume with a really cool costume change that when people see it, they’re like “Oh my god! How did it happen?” Like the Cinderella or Frozen costume. The ones that change onstage and you don’t know how it works. I would also love to costume design Rent or We Will Rock You because those are some of my favorite musicals. Another would be costume designing for Disney.

6. What kind of dress would you design to go to the Yule Ball at Hogwarts?

Very similar to Hermione’s dress because that dress was beautiful. It’s gorgeous. Something like that: very flowy and very delicate.

7. Which character from The Suicide were you most excited to render for? 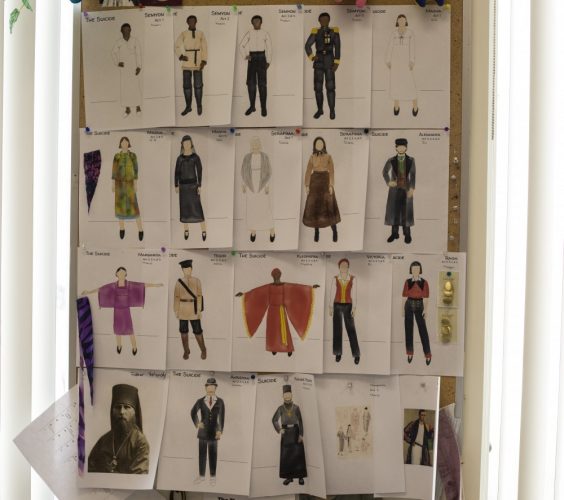 I was really excited about Margarita and Kleopatra. Or really any those characters that talk to Semyon and try to influence him. I saw them as abstract. So it was exciting to design costumes for these real characters that represent these abstract, exaggerated ideas. Each character is part of a different “movement.” For example, Kleopatra is part of the Decadent movement so for her costume I tried to make it very extreme, very decadent, very ornamented to show that. Honestly, I’m excited for a lot of the costumes because the most satisfying part of costume design for me is seeing my renderings onstage. Like, “Wow I drew this and it came to life.”

Watch Amanda’s costumes come to life in The Suicide which opens on April 12th. Tickets are now on sale. For more information and to reserve your tickets, visit go.fiu.edu/theatre.