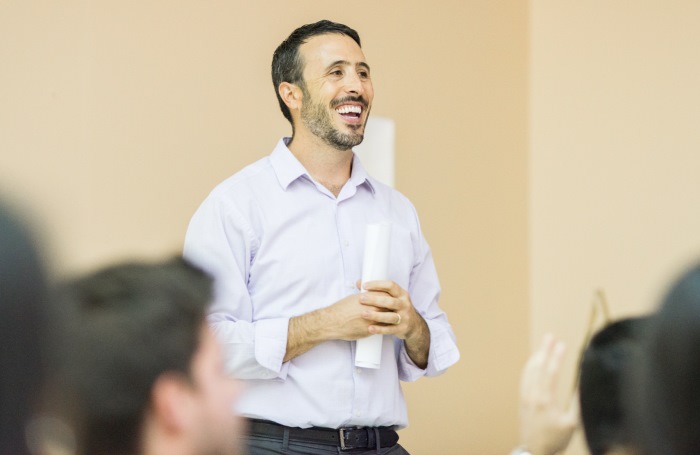 Revitalization and renovation, and the gentrification of poorer communities that often follows, are not new to South Florida. With the influx of relatively new residents, and a push for new and better, it is very easy to overlook Miami’s rich history, and its working class. In his new project, “Climate gentrification and community resilience in Miami,” Moses Shumow, associate professor at the School of Communication and Journalism, will conduct a two-part research project that goes beyond headlines to provide a data-driven picture of what climate gentrification looks like in actuality, and how it affects the South Florida area.

During the first phase of this research project, Dr. Shumow will dig into the data and media coverage around climate gentrification in Miami. During the second phase of the project, he and his students from a senior digital media capstone course will work with the Hadley Park Neighborhood Association, a group with a history of advocacy on behalf of its members and one of only a few predominantly black associations of its kind in South Florida. They will be gathering oral histories and telling stories of community change using aerial drone footage, digital video, 360-video, and data visualization/GIS mapping.

“I see these projects as a critical intervention in a vulnerable community, one that is currently facing the pressures of Miami’s latest period of hyper-development,” said Dr. Shumow. “My students and I will be seeking ways to engage in a collaborative and empathetic way, using our skills as media producers to help tell the story of community resilience and perseverance in a time of environmental uncertainty.”

The work will culminate in a community event in Hadley Park where the students’ work will be showcased and they will engage in a dialogue with residents, activists, and stakeholders about the future of the neighborhood and the role that climate change and gentrification will play moving forward.

Dr. Shumow has spent time working on various projects that document the rich history of Liberty City, which have earned him several accolades throughout the projects’ duration. “Climate gentrification and community resilience in Miami builds on his previous work in Liberty Square, an historic public housing development located in Liberty City. As the need for revitalization and renovation became apparent, Miami-Dade County announced in February 2015 that Liberty Square – which is deeply connected with the history of black communities in Miami, Jim Crow segregation and affordable housing – would be “razed and redeveloped” in an attempt to address the multiple social issues that affect this community. In response to these announcements, Dr. Shumow developed a community storytelling class in Liberty Square for his students during the summer of 2015, and later went on the direct and produce a 30-minute documentary on the community, which has been screened in multiple venues across Miami and in Boston, was an official selection of the 2018 Urban Film Festival, and has gathered more than 40,000 views on YouTube.